Well, it’s been a nice week for doing blaster reviews. Not only have I received a box from Dart Zone, but a free Gameface Prime blaster to review! As to the actual reviews, though…that may have to wait a few extra days, even if it means you see reviews in other places first. It’s all okay; I’m just moving!

Yep, this weekend (and part of next week) gets dedicated to moving myself and the significant other to our new home. Much of which consists of loading up a trailer more than a few times and throwing boxes and boxes full of blasters into the basement. As such, I’d rather take time to test things out on breaks here and there, and wait to do a full (and thorough) review on so many new things.

First things first, to at least keep you interested: here are the data sheets sent with the Adventure Force blasters! 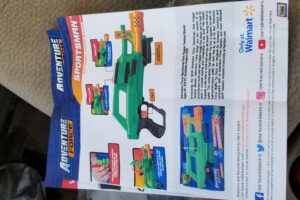 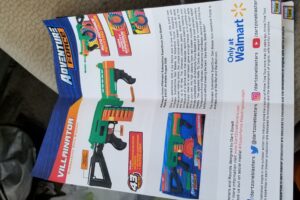 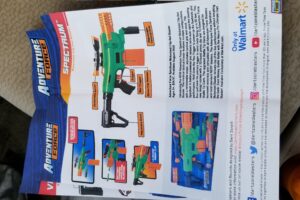 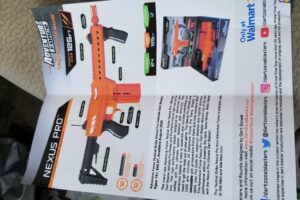 There’s lots of goodies to go through (although I’ve already bought the Nexus Pro and Villainator, so those will find unspecified new homes soon). The Spectrum is averaging 98fps and feels great to use; it’ll likely be the blaster you want if semi-auto is your need. The Sportsman has an intriguing pump-action, hopper fed mechanism.

And of course, there’s the new (and arguably definitive) Ceda S variant, the Gameface Prime. It may be a bit more expensive than the Nexus Pro, but it’s also ready for modding out of the box. 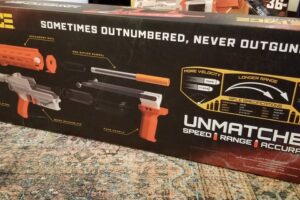 In any case, I’ll be posting reviews soon – as well as trying to add my own contributions. Those will also take time (and revisions, once the 3d printer gets moved and is running again), but those should at least get us a jump start on customizing blasters like the Spectrum to our liking! 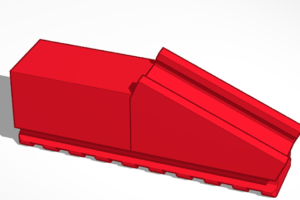 Making the picatinny adapter for the front grip...the pretty part hasn't happened yet. 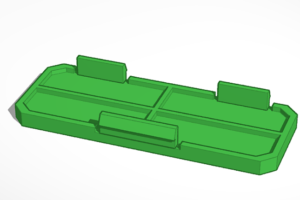 Name plates for the Spectrum!