Let’s be honest – the Elite 2.0 line hasn’t had the best start. Hasbro may have opted for easy-to-manufacture blasters, but doing so resulted in some nasty compromises. The blasters still perform well, but some of them (like the Phoenix) have things like painful mag releases.

Sadly, the Turbine shares this feature. Which is a shame, because otherwise, it might be the best of the line so far. Even so, it may have some mod potential if you manage to open the shell.

The Elite 2.0 Turbine is a bit smaller than the Rapidstrike that preceded it, and ditches the extendable stock. This may make shouldering it awkward for taller individuals. On the flip side, it also puts the 4 “C” batteries in back, as opposed to the front. It makes for an easier to maneuver blaster, having the weight in the back. The main grip and the front grip area are decent – not quite the comfort of ye olde NStrike grips, but acceptable.

In terms of aesthetics, you’re going to love the aggressive look or hate it. I haven’t found many people in that middle ground. I do like the look…but that’s very subjective.

However, things start to go downhill from there. The flimsy jam door from the Phoenix is here, as well. The triggers, due to their use of plastic leaf springs, feel off – it’s like there’s a metaphorical hill to climb over before the switches engage. Even worse, it’s actually painful to use the magazine release. It hurts your index finger to press forward, and that kind of kills it in terms of user friendliness. I realize Hasbro wants blasters they can assemble cheaply and easily, but these things were poor choices.

The Turbine, with single shots, averages 72fps. On full auto, however, it bogs down to 60fps. It appears that firing nearly 5 darts per second is a little overwhelming for the flywheel motors. And that’s with the slight boost those motors receive when you press the main trigger. (It shares this circuitry with the Rapidstrike) 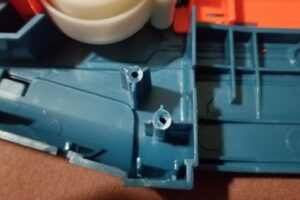 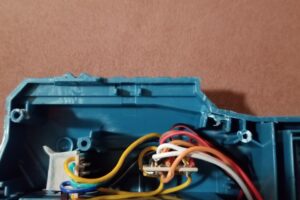 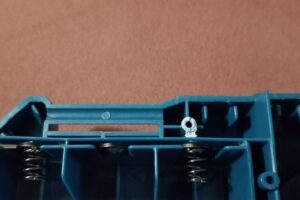 The Turbine does have some hope. There are just a few screws. Careful application of plastic prying tools (found at the hardware store) will then let you separate the shell and undo most of the clips. My blaster had four structural posts and one clip solvent-welded together. I was able to pry the shell open enough to use a thin blade to slice through them. A thin saw or a rotary tool might also work, if prying doesn’t pop them open.

Furthermore, I already designed a replacement flywheel cage that snaps into place. You’ll still need to remove some plastic on both sides of the shell in order to fit new motors and flywheels. But this way, it’ll be possible to get even better performance, once the blaster is rewired. Now we just need a fix/replacement for the magazine release, and we might be able to salvage the blaster.

If all you’re looking for is a stock, fully automatic dart blaster, the Turbine will work. However, for $40, I would expect a blaster that’s more user friendly; if an adult has to hurt their finger to release the magazine, a kid will have it worse. It might be a fun project for modders, but judging purely as a consumer product…there are better options.