Last night before bed, I decided to peruse the United States Patent and Trademark Office for new information…and I fell down a rabbit hole. Hasbro’s patent for the Hyper line just went live, with lots of fun information inside.

Not only that, but with some help (from u/Abquintic and others off the subreddit and various Discords), we found that two Dart Zone patents we’d initially looked past were in fact new! One is an updated Cornerfire filing, while the other is, essentially, a flywheel Villainator. Let’s jump in! 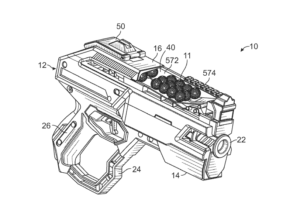 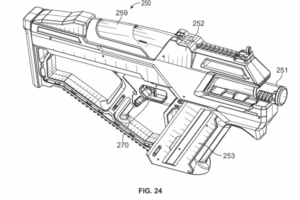 As per the filing, the new ammo is actually somewhat dense and tacky. In addition to specifying a preferred blend of TPE (from a corporation in Ohio, of all places), it also lists the defining characteristics of Hyper ammo. Namely, a target weight of 1.44g, diameter of 14.8mm, and a Shore A hardness of 10 (softer than a typical rubber band). Of course, it has the dimples on the surface like Rival does. It also has a tendency to stick together and compress when feeding into a blaster. As such, much of the patent is devoted to the shapes and motions of the feeding mechanisms needed to reliably load and fire the ammo, be they specially shaped channels or lifting elements to keep ammo stacked in the hopper from interfering. 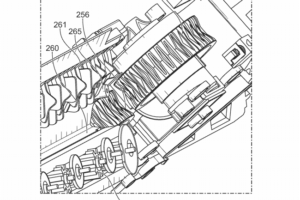 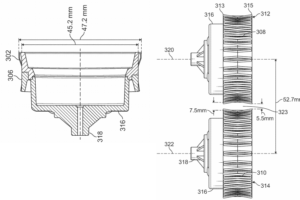 Interestingly, the paper even goes so far as to specify the exact shape and dimensions of the flywheels used for the Hyper Mach-100. So if you’re planning on making your own homemade Hyper blaster, you have some numbers to extrapolate from. 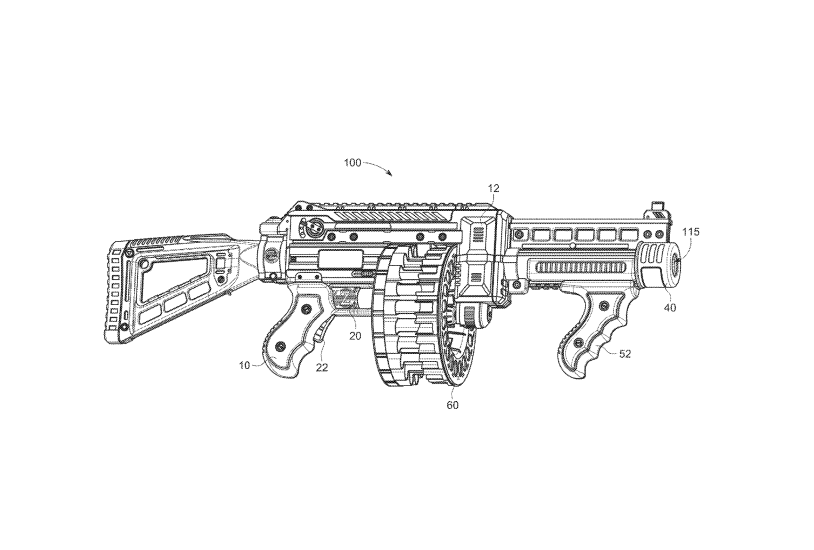 I almost passed over this one until I saw the drum, wondered what was going on…and then saw the rev trigger. Yep, it may look similar, but it’s a completely different blaster, and has a unique loading mechanism to boot! Of course Dart Zone would be able to invent a wacky thing to make this work. 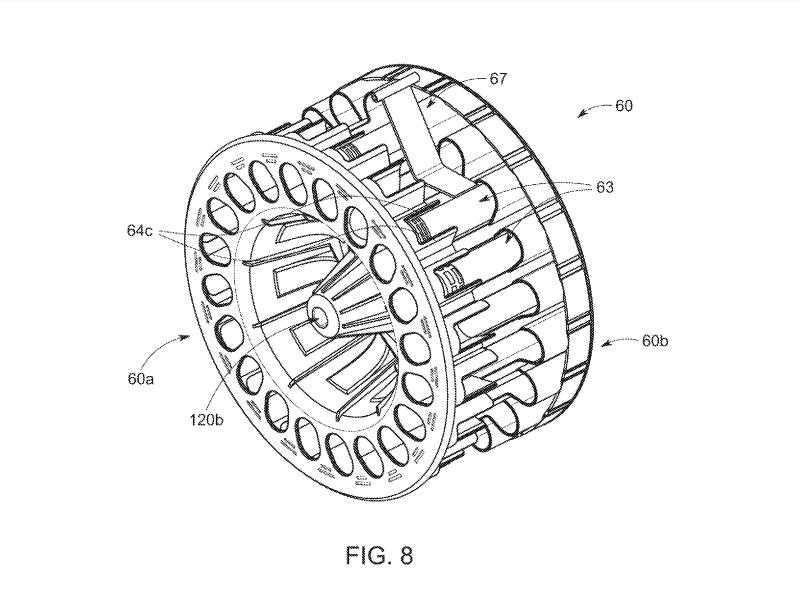 The drum, while still holding 40 darts, is actually more akin to 20 2-dart magazines mounted in a circle! The darts stay in their “mags” while the drum rotates. When it reaches the firing position, however, a blaster-mounted follower presses down on the darts, ensuring that the dart is lined up with the pusher mechanism. It’s a cool solution that results in less weight and complexity in the drum itself. And the drum is still removable, meaning you can reload on the fly or simply swap out the drum. Kudos, Dart Zone!

Note that patents generally give no indication of retailer, so whether this is released under the Dart Zone brand or Adventure Force is up for grabs. 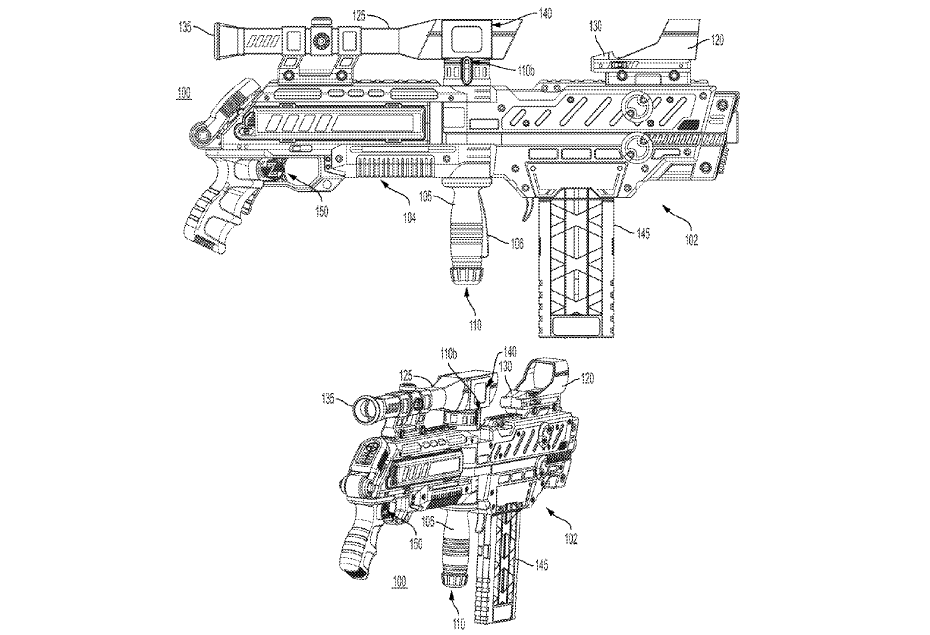 The Cornerfire, as originally released, used a ten dart cylinder. However, the original patent showed it using a magazine.

It’s old news at this point. HOWEVER, I’m showing it here because updated action was taken on the patent application late last year and being approved in January. So while the revolver version exists, the magazine-fed version may still yet see the light of day.