It was announced earlier this year, though no information was given. Now, on the Bungie Store, we finally have some pictures and info! Although ordering is still a long way off…let’s dive in, shall we? 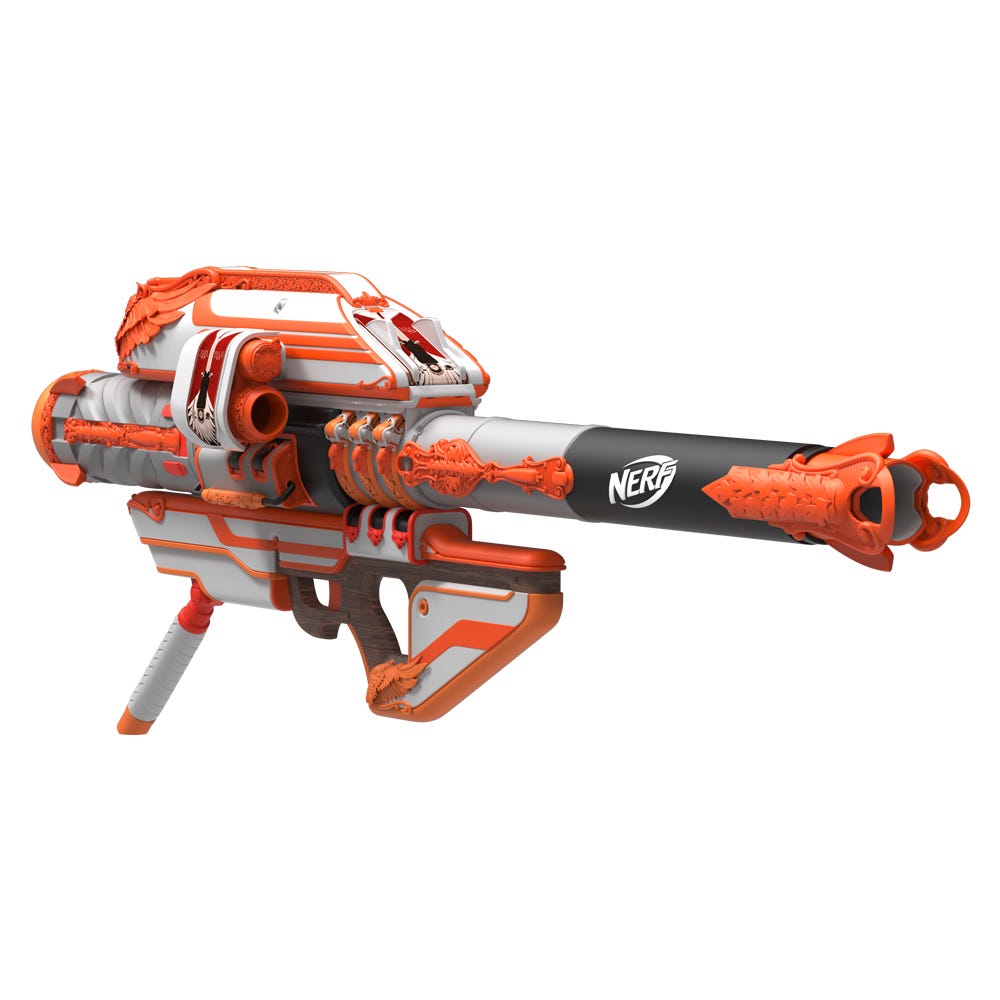 Because we have to put it here, instead of just talking about it:

This special Limited Edition Bungie Rewards offer will be available for pre-order in late 2022.

Early access will be granted to players who acquire the Gjallarhorn rocket launcher in the Destiny 2: Bungie 30th Anniversary Pack before August 1, 2022. The Bungie Rewards pre-order will be available only for a limited time to eligible players, before sales are open to the general public, while supplies last. 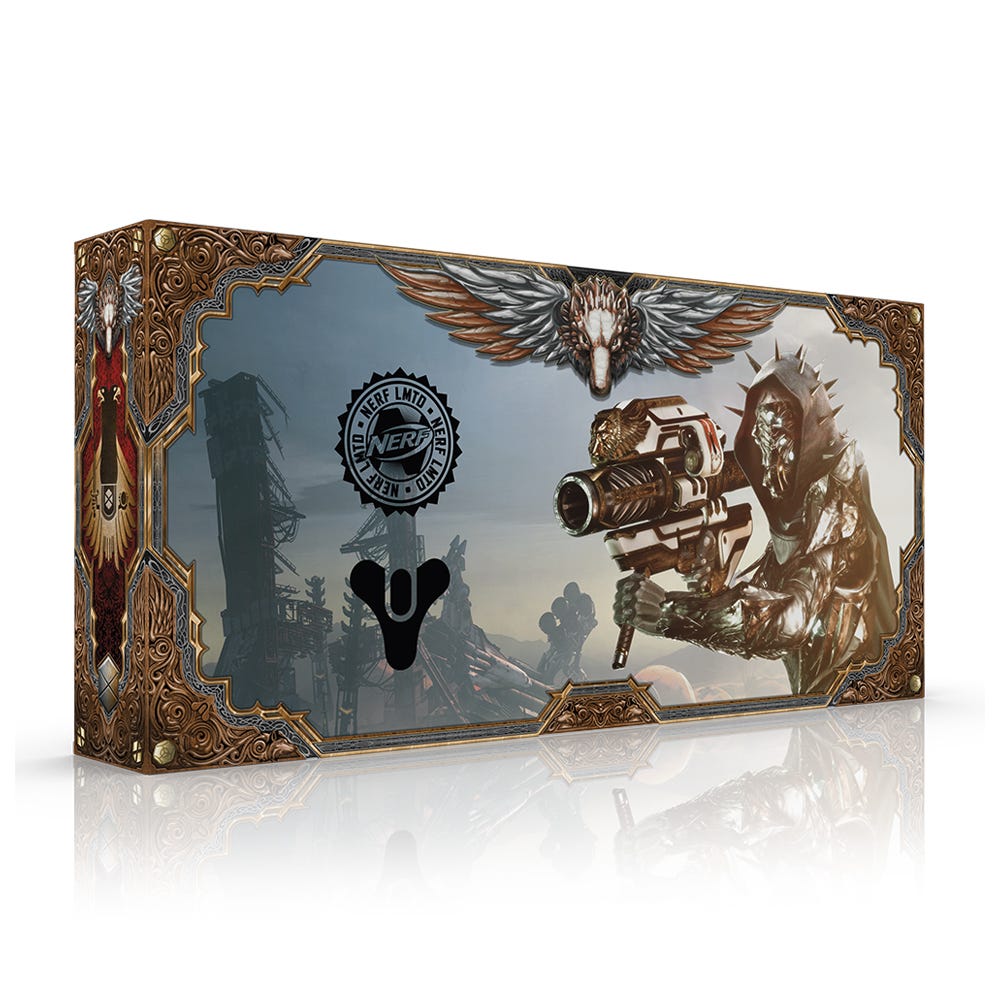 Players who are eligible to purchase by the start of the Bungie Rewards early access pre-order will be notified via e–mail.

Bungie Rewards offers collector’s items to earn, acquire and unlock that are uniquely crafted to commemorate various tiers of in game accomplishments. Visit the Bungie Rewards page for more information. 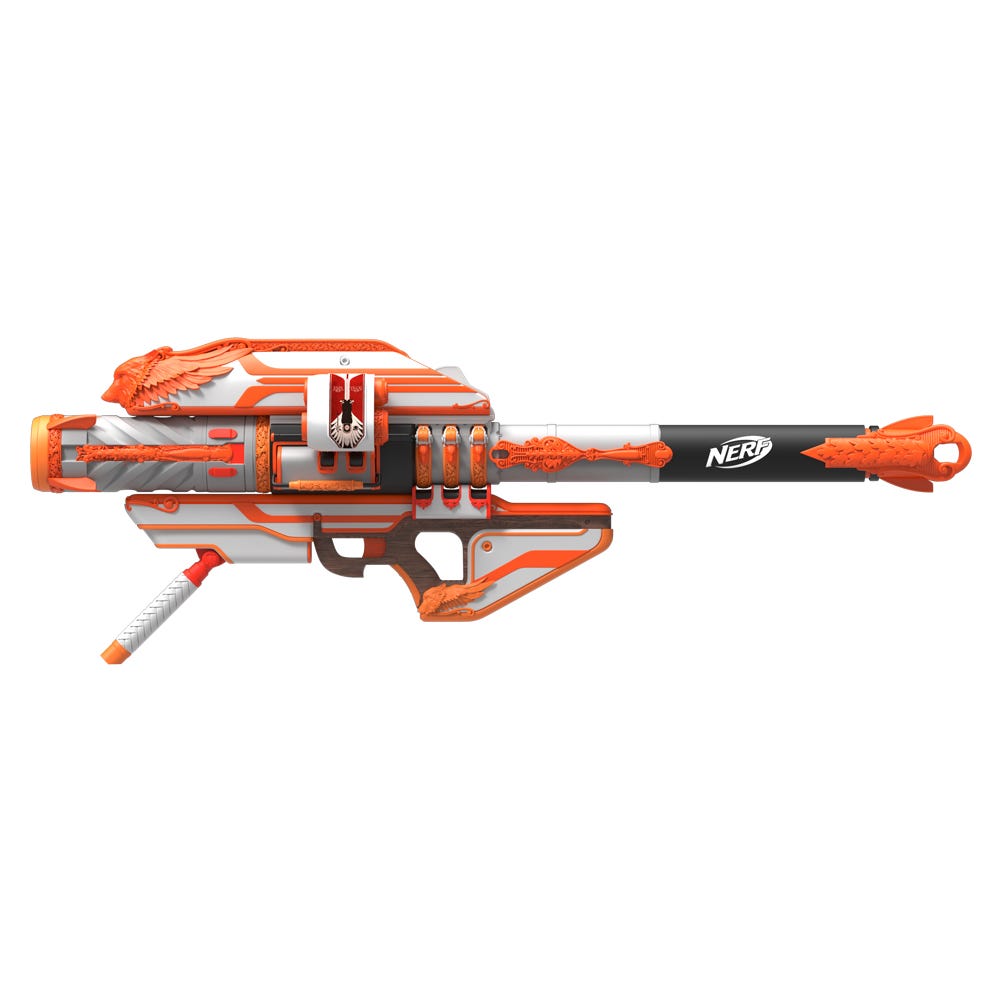 Nerf and all related properties are trademarks of Hasbro. 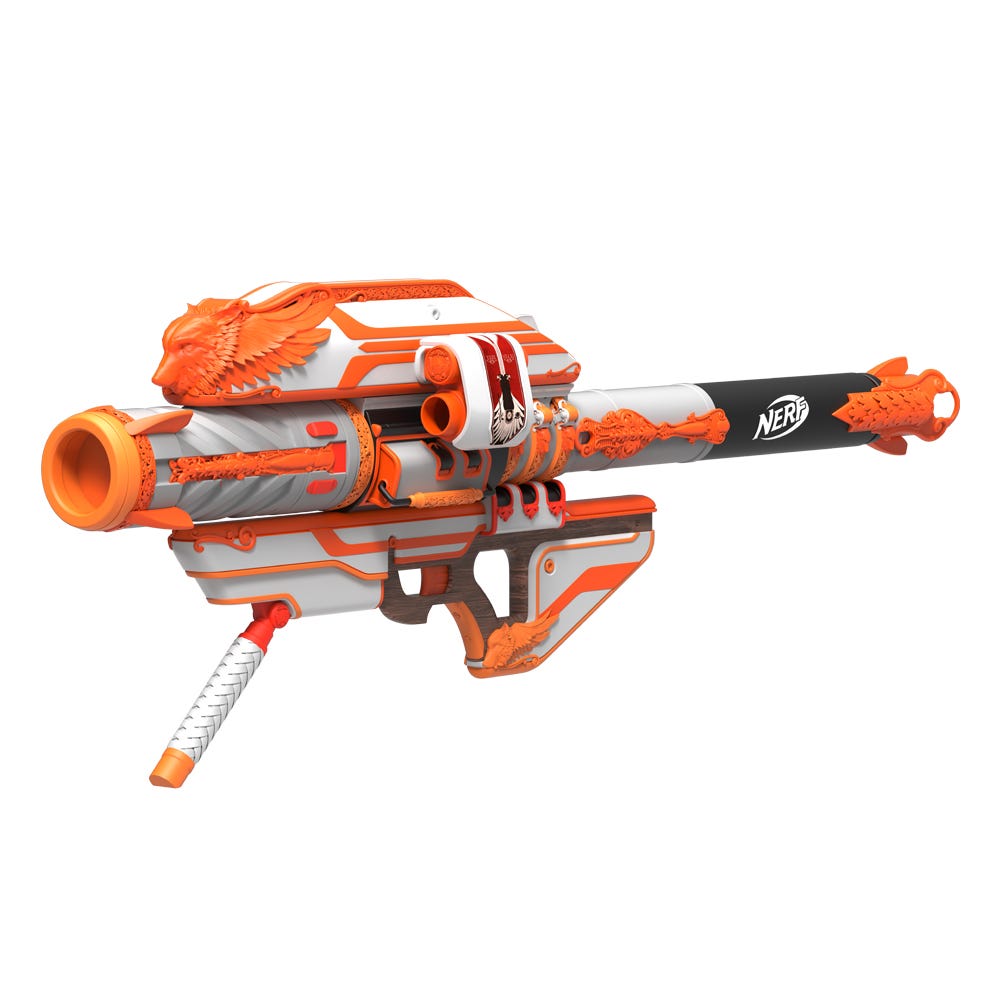 Admittedly, I’ve never played Destiny. But I know from friends that play that Gjallarhorn was an iconic weapon in the first game. From the press release, it’s clearly coming back. Not only that, but players who unlock it by the listed date will have first dibs on the preorder – a nice touch for hardcore game fans, while not leaving out all of the general public. It’s only a nice touch, however, if they physically receive it first.

In any case, actual production Mega shells, firing Mega darts? That’s cool. Given that it’s four feet long, it won’t be practical. So for someone like me that collects things with the intention of using them, the Gjallarhorn loses some appeal. Even so, it’s an exciting thing to see Nerf make game-accurate props and new mechanisms.