As we reach the tail end of the winter holidays, I’ve found myself spending more and more time with the puppy. As such, it only makes sense to at least review a Nerf Dog product!

This review applies to virtually any of the tennis ball blasters (large or small). But with this one in particular, I can claim that it’s the best Ultra blaster ever!

Tennis ball blasters aren’t a new thing. I’ve seen K9 Kannons and the like on shelves for a while. The Nerf version, however, uses a different method than “hit the ball with a plunger”. Giant elastic bands are attached to a plastic sled; you load the sled at the front of the blaster. Then, you move a priming handle forward and back while depressing the safety button. After that, you point and shoot, and the tennis ball flies through the air. Whenever the ball returns (either from the dog fetching it, or you picking it up), you can reload the blaster, prime it, and fire again. It’s much less tiring than throwing the ball yourself, and fun for the blaster enthusiast inside!

On my version of the Ultra, a storage unit mounts underneath, holding up to three balls. A slide button connected to the front loading port opens it up for access. You can also find it without the ammo holder, as well as in combo packs with lots of balls.

Performance is quite good at maximum power, with this version easily clearing 50′ at an angle before hitting the ground. Sometimes, it goes even farther than that. Of course, you can also set the Ultra to a lower power setting – the priming handle has a multi-stage catch, so you can launch the ball only as far as you want it to go.

Of course, my Joey thinks she’s a big dog, despite her corgi legs. So she wants to run EVERYWHERE. Max power it is!

This really is the best Ultra blaster ever! Although I think that’s mainly due to the puppy 🙂 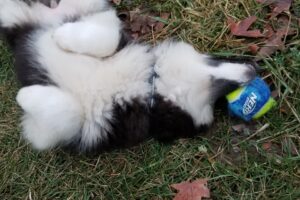 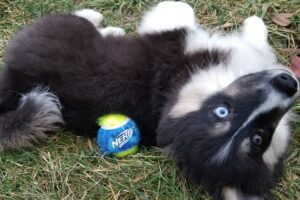 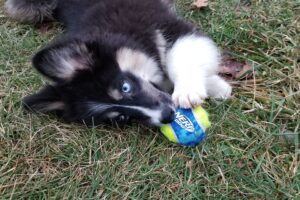 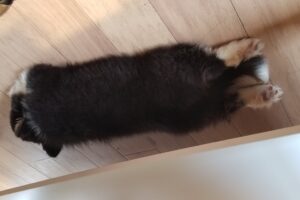