This past weekend, in conjunction with the 3rd Foam Pro Tour qualifier, Drac and Dart Zone officially revealed to new blasters. The Deuce Pro is a revolver, while the Dictator is an updated Conquest Pro. Let’s take a peek!

Credits to Spam, Dart Zone, and several others for the pics currently circulating through the NIC!

First up, we have a revolver. By the looks of it, it’s rather large, but the plunger tube and other bits have to fit somewhere.

The Deuce Pro, arriving at Walmart on August 1st for $40, comes with a lot of gear. There are three cylinders total, with belt storage for the two spares. There’s a removable barrel that actually increases performance (there’s a metal tube inside, and it seals with a gasket). And the packaging includes a drop leg holster for the blaster. 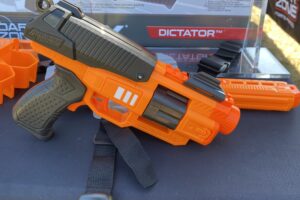 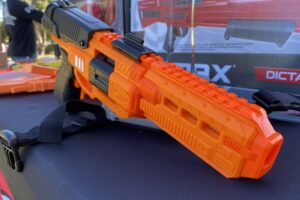 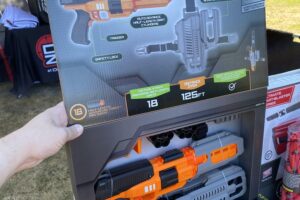 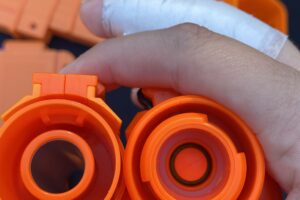 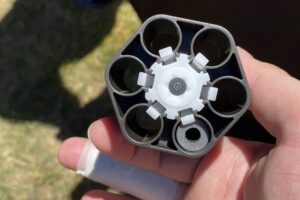 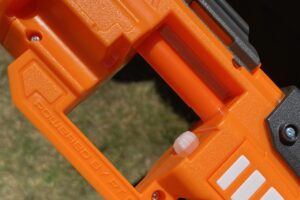 Interestingly, the blaster functions by pushing darts forward into a breech, as opposed to trying to seal the cylinder itself against the barrel. This does mean you have to prime the blaster before swapping cylinders. The sample on hand was hitting fps numbers in the 90s without the barrel attachment, and higher with it (though far from Nexus and Aeon Pro speeds). We’ll have to see how the final production models perform.

Meanwhile, Target gets the Dictator on the same date for $50. Whereas the Conquest Pro was somewhat of a hip-fire blaster, the Dictator is instead more primary-like. It features a traditional pump grip, as well as a stock. However, that also means a deeper magazine well that needs filled – and there’s a limit to how long you can realistically make dart magazines. 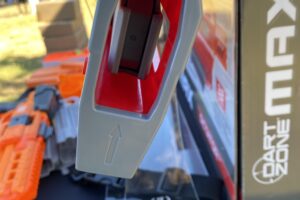 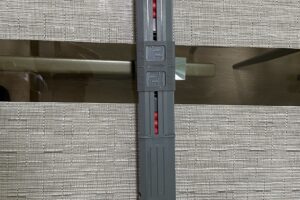 Dart Zone chose to use two magazines instead of one, with a flip clip attachment between them. Once you empty one magazine, eject the entire thing, flip it around, and reinsert. Of course, you can still use Talons if you have them on hand.

The blaster is a bit chunky, but it has a futuristic shotgun feel to it.

With any luck, Dart Zone will reveal more by the weekend of Endwar. Stay tuned – I know I will!