This was an interesting thing to see! A short video was put out on Facebook, Instagram, and other platforms to hype up Nerfball after the initial announcement. In it, we see some gameplay testing, but we also see participants with what are clearly modded Stryfes! Let’s take a peek.

Immediately, I see Talon magazines, short darts, and battery stocks being used with all the Stryfes. However, Hasbro has historically been averse to recognizing the modding community (although engineering does keep abreast of developments). My guess? These are being used for playtesting purposes, while the actual “pro” blaster has yet to be revealed. But if it’s any indication, Hasbro realizes how much of a market there is for pro-level blasters. In a similar fashion, of course, to how they’re now releasing the Nerf Pro Gelfire after seeing how much money can actually be made in that space, as well. Assuming we get well-made blasters, though, they’re more than welcome to jump in! 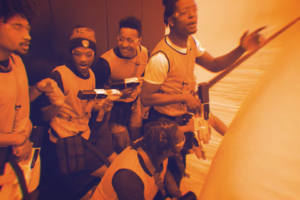 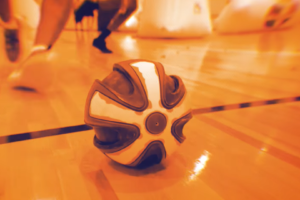 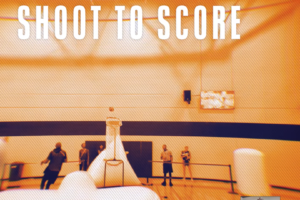 How the rules work in terms of tagging out, potential respawns, etc. will be interesting to see. Current hobby games usually involve running into a goal, getting a flag, shooting a target (a la “Titanball”), or simply just getting all the opponents out. Shooting a ball, however, is a much different skill set than playing blaster tag. So for those of us (myself included) that were never even decent at basketball, we’d better hope that someone on our team can make goals, or otherwise, we need to quickly tag out opponents just so we can get close.

I’m sure more news will come in the future, be it from social media or the handy Hasbro Pulse page for signing up for updates!