Again, Nerf LMTD has a blaster in the pipeline. In this case, it’s a crossover with League of Legends. However, as is the trend, getting the blaster will cost you – and require waiting for at least a year before it ships. Press release below, then my thoughts! 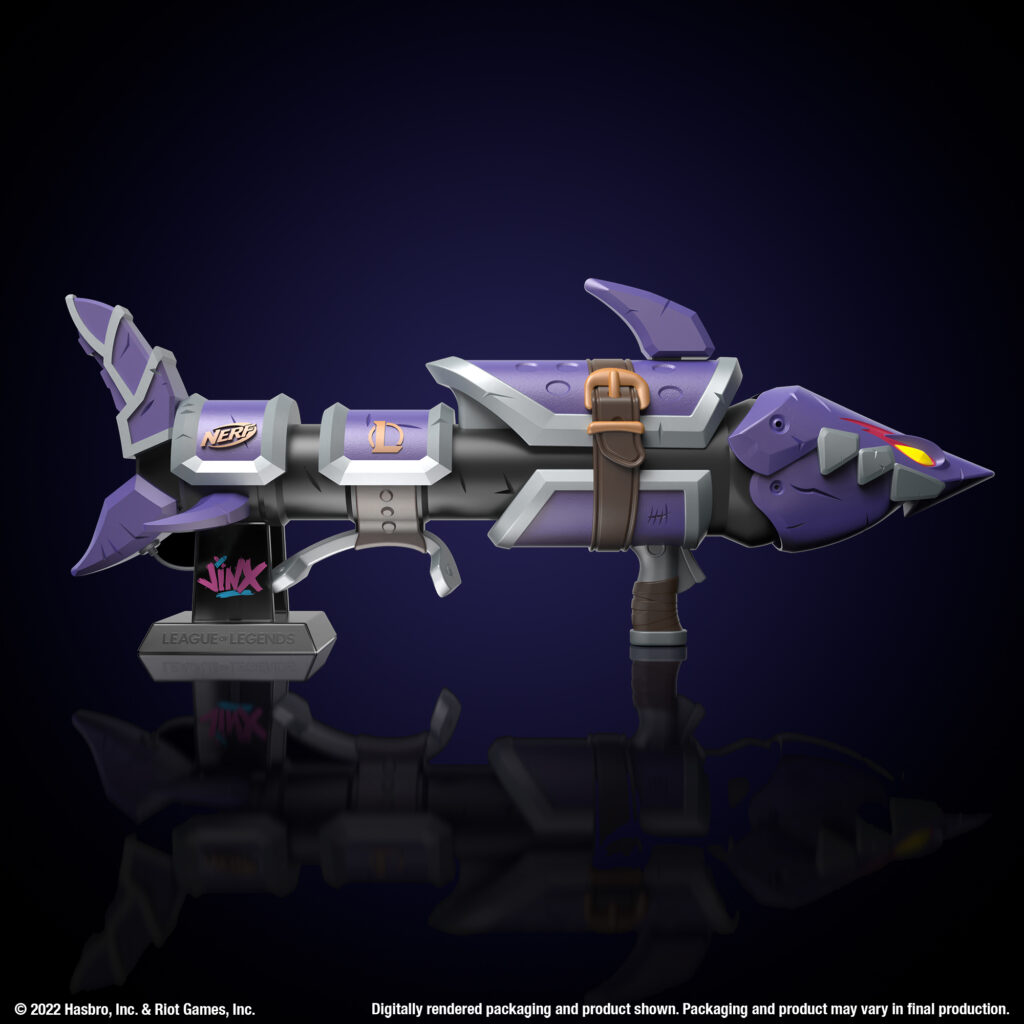 NERF LMTD is a premium, special- edition, fan-focused line from the NERF brand that brings some of the most iconic items from movies, video games, and entertainment to life. The next NERF LMTD partnership is with one of the most-played competitive games in the world, League of Legends. One of the most popular characters in League of Legends is Jinx. This loose cannon lives to wreak havoc with blasters that unleash the loudest blasts and brightest explosions, especially with her beloved rocket launcher dubbed “Fishbones.” Jinx gleefully brings her own chaotic brand of pandemonium wherever she goes, and you can do the same with the NERF LMTD Jinx Fishbones, inspired by her rocket launcher from League of Legends. The 18-dart capacity drum has 6 clusters of 3 darts, so you can blast enemies with a 3-dart burst each time you pull the trigger. Includes 18 NERF Elite foam darts and a Jinx-style display stand. Everything comes in premium packaging that is also designed for display. The NERF LMTD X LEAGUE OF LEGENDS JINX FISHBONES is available for pre-order exclusively on Amazon from November 14, 2022 – January 3, 2023. 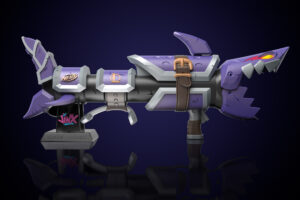 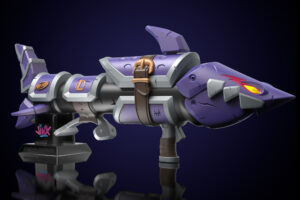 Honestly, this is where Hasbro loses me. As a blaster…this is an objectively worse product than The Judge (from several years back). And even with being three feet long, there’s certainly not $170 of plastic here. The cost comes down to a combination of licensing and limited numbers. After all, you have to make back the cost of the molds and manufacturing, and if you’re not having product on store shelves everywhere, the item will have to cost more. But $170?

If you’re a massive fan, you might want to grab this. But chances are if you’re buying this, it will sit on a shelf instead of being used as a Nerf blaster. In which case…why are we even having a Nerf version?

At least with the Aliens Pulse Rifle, we have something you can objectively use. The Halo Needler could be used as well, and at least has fun features to go with it. But this seems unnecessary.

In any case, we have over a year until we see it, so if you’re willing to wait that long, go ahead and preorder!