Author’s note: one Explorer was sent to me as a free sample. Thanks, Hasbro!

There’s an unwritten rule for selling blasters, but everyone knows it: it has to actually work. Sadly, the Explorer doesn’t fall in that category, and I sincerely hope that kids being introduced to Nerf aren’t given that particular blaster. 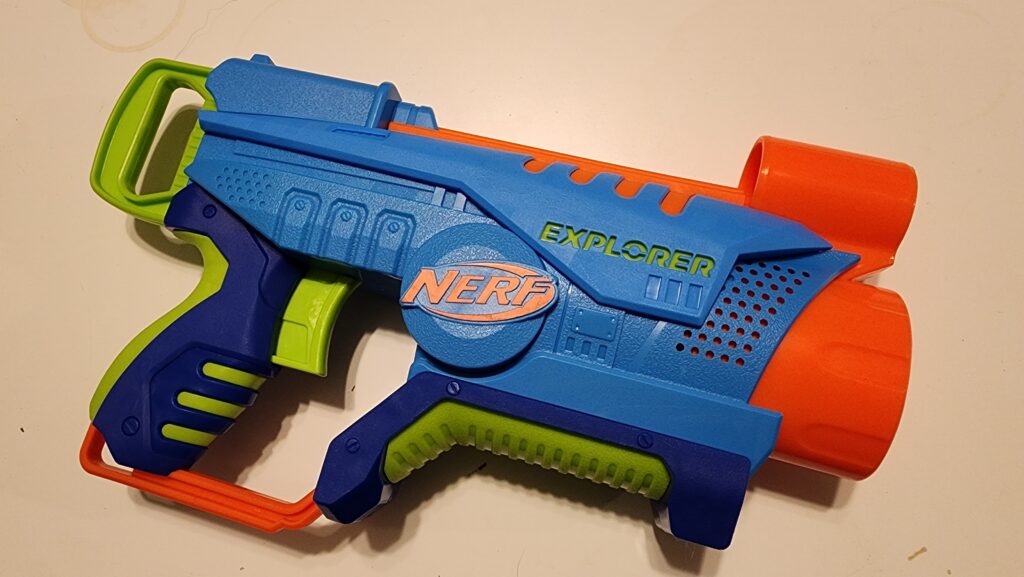 For $3 more, the Explorer expands on the Flyer’s shell to add more capacity. Whereas the Flyer was a single-shot pistol, the Explorer is instead a four-shot blaster. Normally, this would be an acceptable upgrade. Think of the difference between a Firestrike and a Quadrot, and apply that to the Nerf Elite Jr. line. It makes sense.

The blaster itself is comfortable in a child’s hands, with an oversized priming handle and a grip designed to put two fingers on the trigger. The large aiming device on top is great for pretend play (if not actual accuracy), and for a compact package, the Explorer should be great. 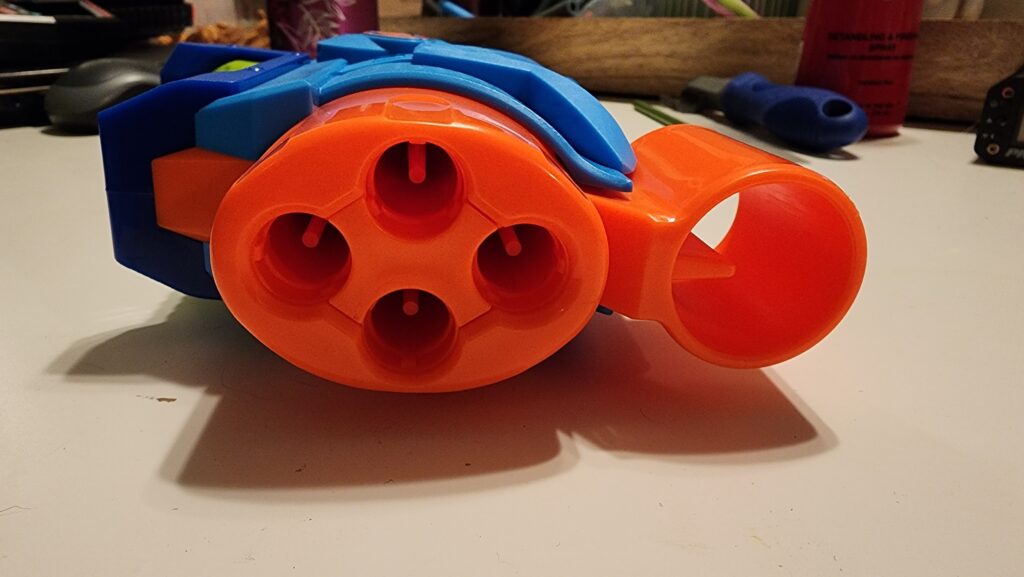 Somehow, though, it’s not. The Explorer, in all my testing, often failed to fire darts. Sometimes, darts would only come partway out of the barrels. Other times, they would fire completely, but with pitiful ranges. Rarely, the darts would fire at similar ranges to the Flyer and other Elite Jr. blasters. At first, I thought it might be a case of bad darts, with some of them being wider than normal and sticking in the barrels. I bought an Explorer off the shelf of a local Target, only to find the exact same results. I even tried firing other brand darts from the Explorer, only to find similar issues.

For some reason, the barrels were designed unreasonably tight. There are ridges at the front gripping the darts, keeping them from firing at proper speeds (if at all). In a normal blaster with plenty of power, this would be okay. After all, it would result in pressure building until the dart popped free. However, when the product line purposefully fires around the 50fps mark, that becomes a liability. Even more so when the blaster has a smart AR system that extends the “dead space” between the plunger and all subsequent darts. 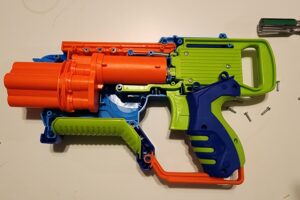 The innards of the blaster are what you’d expect. A plunger feeds into a four-dart smart AR, and the propulsion system is quite basic. That by itself is nothing new. But the blaster simply doesn’t have the power to do what it’s supposed to do. Sure, you can technically do around 2.5 darts per second. But if they don’t even leave the blaster, what’s the point?

It’s very rare for Hasbro to have a true misfire. There are blasters that the online community might not like, whether it’s due to lesser performance or an inability to mod. But a blaster that simply doesn’t work as intended? That almost never happens.

Hopefully, Hasbro learns from this and doesn’t repeat the mistake. Because when a blaster just doesn’t work, there’s no point in rating it. I just set all the numbers to zero.