It was only a matter of time before Xshot expanded their skins line to other blaster types. Seeing as the Reflex 6 is extremely common and popular, it just makes sense for Zuru to redesign it for their paint process.

The Griefer is beautifully made, with plenty of power and capacity. If you buy any of the Skins, make it this one. 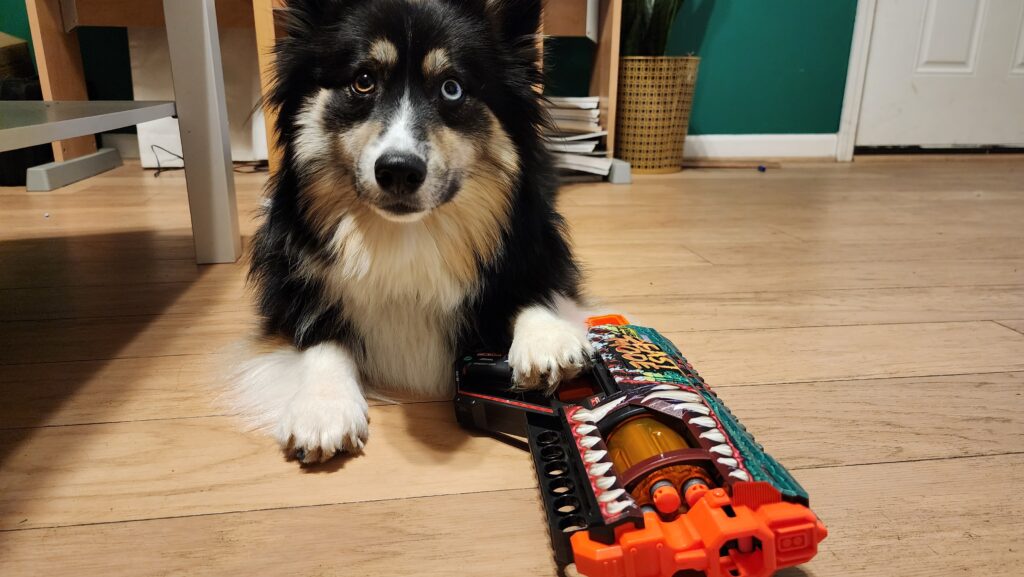 I had a hard time choosing between this motif and the shark attack paint scheme. Between the teeth, scales, claw marks, and vibrant colors, though, I had to go with Beast Mode. There are six skins total for this blaster, though, so you have plenty of options.

In terms of operation, the Griefer is just as simple as the Reflex 6. Darts load in the front of the blaster. Priming occurs via a loop on the back of the plunger rod. Pull the trigger to fire. Easy! 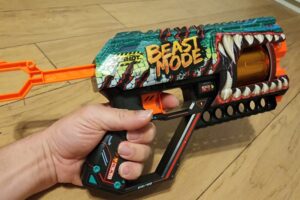 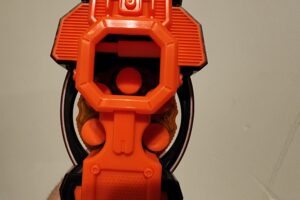 There are a few quibbles here and there. For example, I love the addition of six loops for dart storage, but the new muzzle means that you can only load two darts at a time (the front of the Reflex 6 is completely open). The grip is large and comfortable, except for a ridge at the bottom that  digs into my palm slightly. Depending on the age of the user and the size of their hands, though, the latter issue may not be an issue at all.

The blaster ships with 12 of Xshot’s new Air Pocket darts. They do seem to fly accurately – yep, yet another ammo type I haven’t found time to quantitatively analyze! I swear, it will happen!

My Griefer was extremely consistent, averaging 83fps with a deviation of, at most, 2fps in either direction. The rate of fire, meanwhile, sits at a respectable two darts per second. 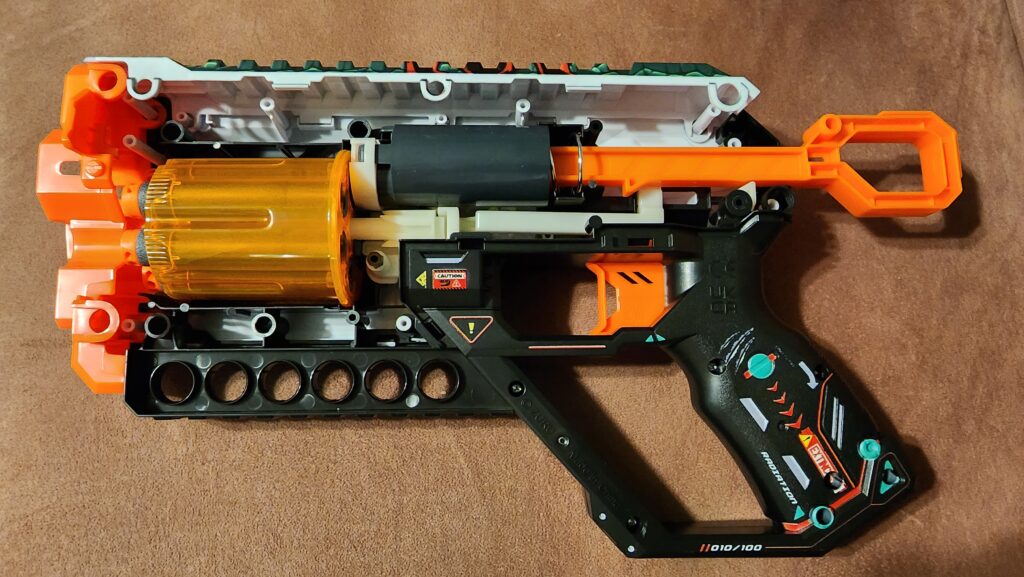 The inside of the blaster is essentially the same as the Reflex 6, but stretched out to match the larger frame. The plunger rod has a tab that interacts with the rotation mechanism, moving it 1/6 of the way around to load the next dart.

The plunger tube itself might actually be a bit smaller than that of the modern Reflex 6. So if your goal is to max out the power, that blaster may be preferable. Even if it’s not nearly as stylish.

The Xshot Skins Griefer is a colorful, powerful pistol that has a home in any collection. And for only $10, it’s quite affordable. Given what $10 buys you from Nerf, it’s hard to argue against the Griefer as the best revolver for the value.