This isn’t the first time Hartley Ju has managed to get his hands on an unreleased blaster. He also reviewed the Mega Twinshock and Doublebreach before being released on store shelves. 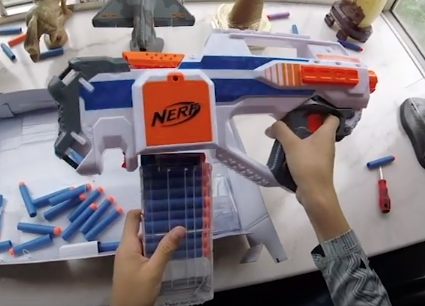 As you can see from the magazine and darts, this blaster does not feature any glow-in-the-dark gimmicks. For some odd reason, Nerf decided to include a 10-dart magazine with the blaster, instead of an 18-dart mag. And what’s even more unusual is that the blaster comes with 25 darts. So, I guess that means 15 extra darts!

Here is the video review:

As you may remember, the Rayven has already been re-released a couple of times. In 2013 it was sold under the Elite line with the traditional blue elite colour scheme and was later released as the yellow ‘Rayven Stinger.’ 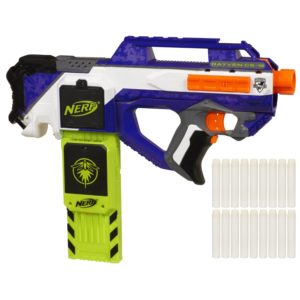 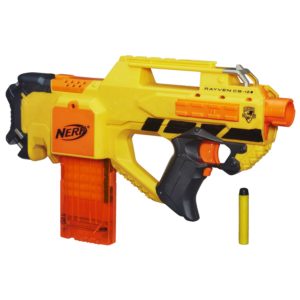 Hartley mentioned in the video that the RayvenFire will be a Kohl’s exclusive. This might mean that Australian Nerf enthusiasts will again, miss out on an elite Rayven. 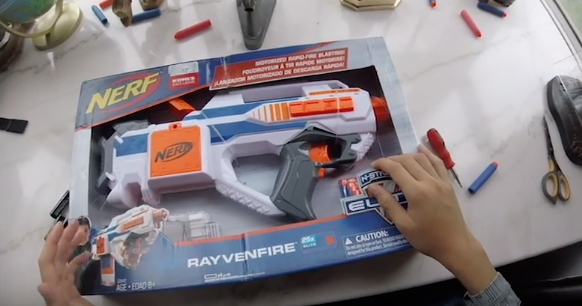