I didn’t do enough event highlights last year – I tried one month to get a running calendar of events going, and then those plans fell apart. This year, I’ll go for something not quite as ambitious – most people are able to search and find their local clubs, after all. Instead, I’ll start off just by naming the high-profile events in the hobby for the first part of the year. Given currently available information, of course.

Note there will be some obvious bias in the events I select (living in the eastern United States).

January marks the start of Toy Fair Season! These events obviously do not apply to the average Nerfer, but there’s always news coming out of these events, whether it be from Hasbro, Zuru, or other companies. This week sees The Toy Fair in London, England (Jan. 21-23), followed by the largest international show, the Nuremburg Toy Fair in Germany (Jan. 29 – Feb. 2).

The obvious big event for Nerf News is Toy Fair in New York, from Feb. 22-25. Count on myself and other prominent outlets in the hobby to be there, seeing the new stuff up close for the first time.

However, there are also some other high-profile games going on that weekend! If you’re in the US, the Atomic Dart League is holding their first 3v3 Ion Rush Tournament on Saturday, Feb 22. The competition is at the home field in Marietta, GA; see the Facebook event and Eventbrite for details.

Meanwhile, the opposite side of the globe is seeing a giant, free stadium game. If you’re going to be in Singapore on Feb 23, see this post and contact the moderator for more info. 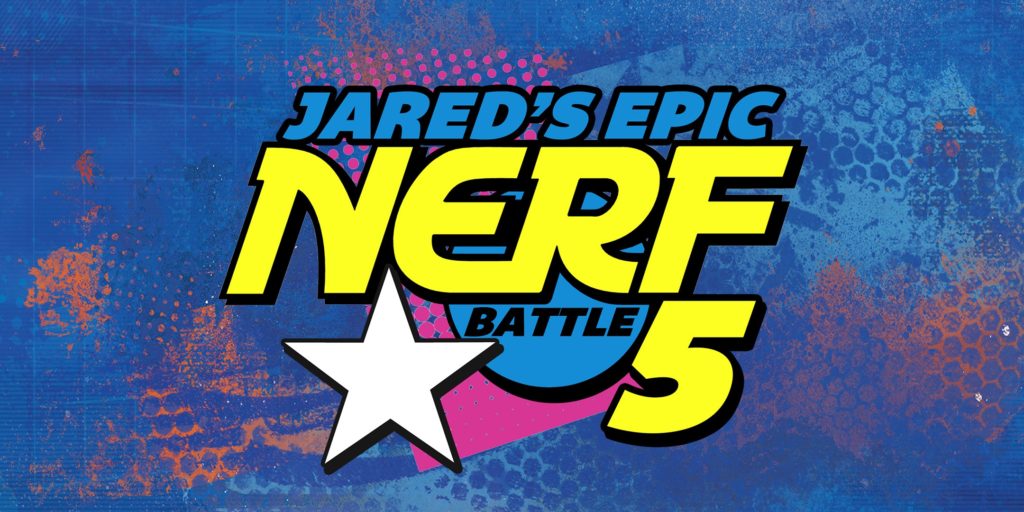 The United States, of course, gets its own stadium game in Dallas, Texas, in the form of Jared’s Epic Nerf Battle 5. It is, of course, an official Nerf event, so count on lots of people, various social media personalities, new product debuts, and more. Probably shouldn’t bring a Buzz Bee blaster, though. The event is on March 21. See the Facebook event page for info, and the Eventbrite for tickets – due to some well-timed media, tickets are selling much faster than in previous years.

The following weekend, there’s a large PvP event going on at Purdue University in Indiana. Boiler League of Tag, which runs several games a year on campus, is hosting a two-day event with several games going on. Count on games of both Campus Supremacy (a territorial control game) and a 5v5 Capture the Flag Tournament. It’ll be the last weekend of March (28-29), with more information available on the Facebook event page, as well as the group web site.

If Humans v Zombies is more your flavor…

…then be at the largest spring game, the Penn State University Urban Gaming Club’s 2020 Spring Invitational. It’s the first weekend of April…which it turns out is also the same weekend as other traffic-heavy events, so get on those hotel rooms fast. Expect a Dungeons and Dragons theme, and lots of people turning into the undead. See the Facebook event page for more info as it gets updated (rules, etc). 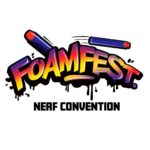 Across the pond, there’s a fun convention in Bristol (UK) on April 18. Foam Fest celebrates the creativity of the hobby, with vendors and attendees from around the UK and beyond. See their website for more information! Also keep in mind there is a high fps game going on the day before in nearby Warminster. If you have Friday free, you may want to check that out as well!

If you’re in the US and haven’t looked for local games, you probably should be by this point in time. Just saying!

The only game I’m highlighting for the time being is Weekend Survival Challenge. Taking place May 22-24th (Memorial Day Weekend in the US) near Kansas City, it’s a full weekend of HvZ madness – the entire campground is game at nearly all times of the day, so don’t count on easy sleep happening in the building your group gets as its home base. It was a blast last year (I attended), and registration is already live at their website. Be prepared!

Finally, big Nerf things return to Penn State University June 26-28 for Endwar 2020. Event details are still pending, but for now, assume a similar schedule to 2019, with Foamcon on Friday, Humans v Zombies play Friday night and Saturday, and the Foam Pro Tour on Sunday. Keep an eye on the official Facebook page for future updates.