This is a short stub of an article, admittedly. But worth it, since we’re approaching Toy Fair and potential new things to see. As of the beginning of the month, two new names appeared under trademark filings for Easebon Services Limited (the company that holds Prime Time Toys, if my understanding is correct). 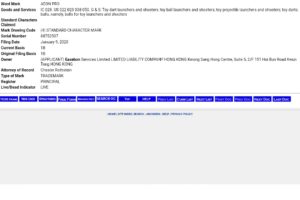 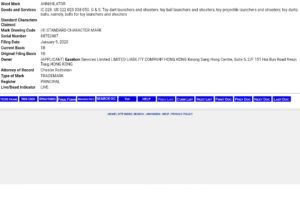 As far as blasters go, Annihilator and Aeon Pro sound cool. We will see what blasters the names end up paired with, whether it’s at Toy Fair or at a later date (say, for example, at a booth at Foamcon during Endwar).