As is tradition, Hasbro puts out various exclusive scoops with different media outlets leading up to Toy Fair. This year, we start with Gamespot. Which is appropriate, because the newest Nerf line is based on weapons in the Halo universe! 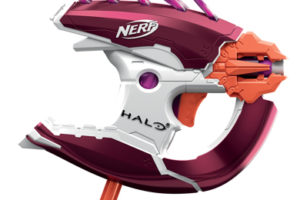 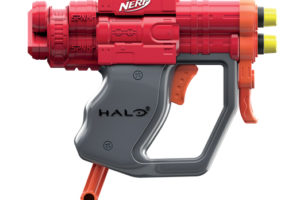 Nerf is starting the line with just three blasters. However, considering that Halo: Infinite isn’t set for release until the next holiday season, there’s time for more to be announced.

First is the MA40 blaster, which retails for $50, comes with a ten dart clip, and runs on 4 C batteries. It appears to be semi-auto from the press release description.

The other two blasters are Microshots, the SPNKR and the Needler.

Expect to see these October 1st!