Dart Zone is no stranger to filing patents on new blaster designs, or updating previous ones. And it’s an informal sport among blaster hobbyists to see who can spot the newest things coming from them.

Apparently, we were all off our game a bit, because a patent from the beginning of this month demonstrates how to turn a large capacity, drum-fed blaster into a high performance, short-dart firing beast. It’s a style of blaster often overlooked in a world dominated by magazines, and having a blaster like this would be a fun addition to any arsenal. 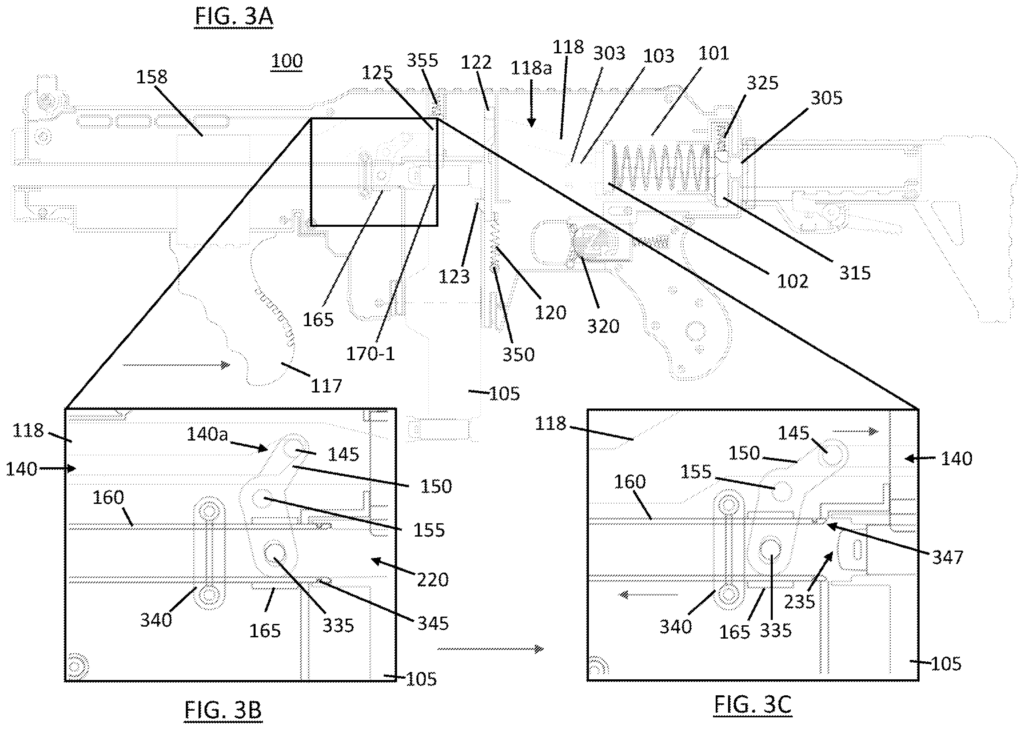 First, a caveat: just because a Villainator is used in the illustrations, does NOT mean that will be what appears on shelves. It’s quite common to use an existing platform to demonstrate a concept for patents, as seen in an earlier Hasbro design where a Rapidstrike was powered by a single motor and a massive gear train. 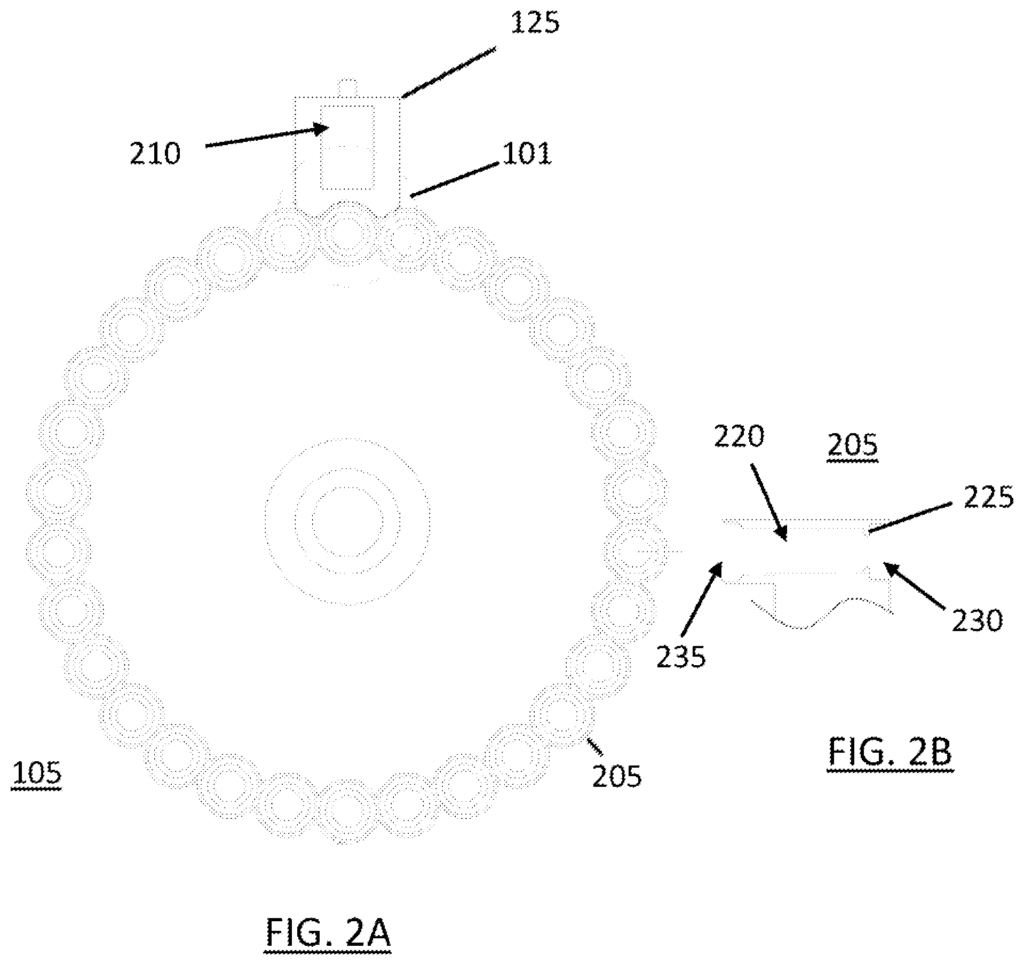 That being said, there are a few key takeaways. First, the drum has to be lined up exactly in order for the blaster to work – it has to mate with the barrel, after all. There’s a plastic guide on top, forcing the individual sections of cylinder to line up with the barrel. It also means there’s a realistic limit to the drum size, since you can only have one ring of darts in a mechanism like this. The illustrations show 30 darts, and swapping drums is likely more feasible at that point than making bigger drums. 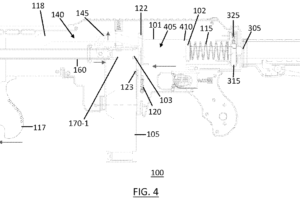 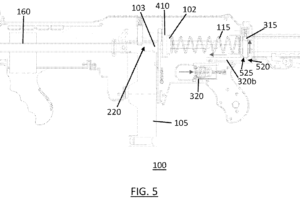 As to the dart loading mechanism itself, there are two things working in tandem. First, the plunger tube retracts from behind the drum to allow free movement during the prime. That part isn’t itself revolutionary; we’ve seen several blasters do that. In front of the cylinder, though, the metal barrel (specified in the patent) and its assembly move forward on the prime, as well. Once the user finishes priming the blaster, the barrel retracts, and an o-ring provides a seal with the cylinder. With everything lined up, you can fire your short darts at high speed.

As much as I love modern pro blasters, I appreciate there being other, different options. The Jurassic Pro, for example, isn’t as effective as a Nexus Pro when it comes to rate of fire, but firing it is far more satisfying (at least for me). Having something other than a magazine-fed blaster would make plenty of us happy, as well, even if it doesn’t stick around as long.