This past week, Xshot officially launched the Skins series of blasters, with both a booth at Vidcon and a presence at Jared’s Epic Blaster Battle. I, of course, might have snagged some early Dread blasters beforehand. The rest, though, I had to wait for Target to officially have in stock.

The Flux, for all intents and purposes, is the paintable version of the Kickback/Recoil. Which isn’t a bad thing at all. Between excellent performance and the tactile addition of a moving slide, the Flux makes for a great experience for the price. 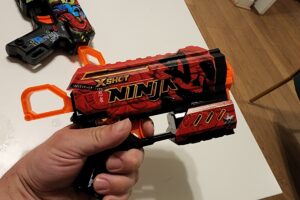 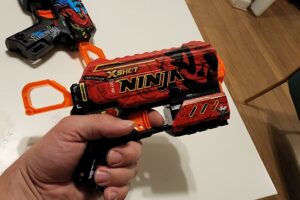 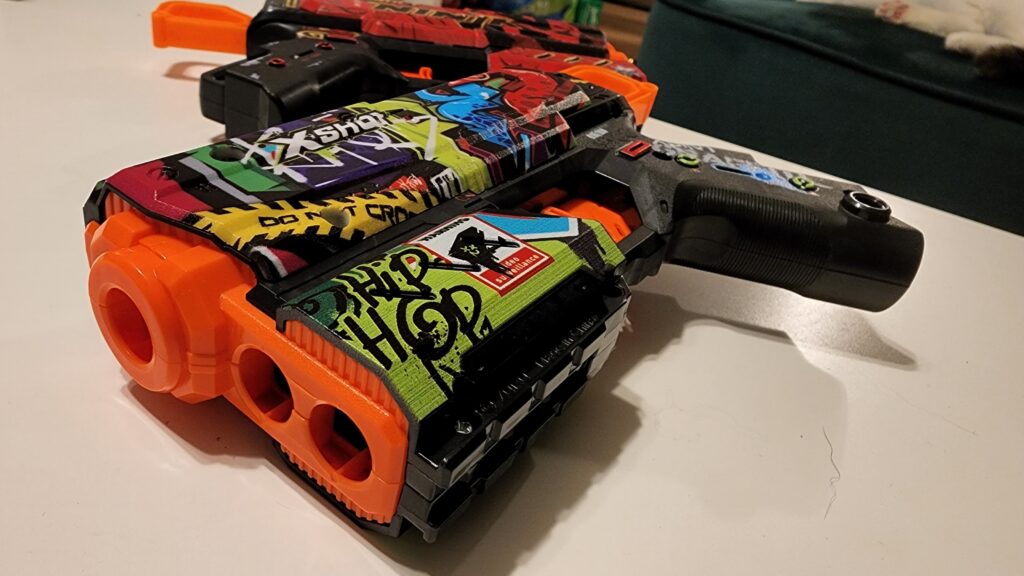 The Flux, like the Recoil before it, has a large slide on top. It’s not used for priming the blaster. Rather, when the user pulls the trigger, a mechanism pulls back the spring-loaded slide a few millimeters. At the end of the trigger pull, the slide is released, slamming forward again and making a nice *thunk* sound. The sound effect happens regardless of whether any ammo is loaded, and you’d be shocked how often you pick up the blaster just to make those noises! 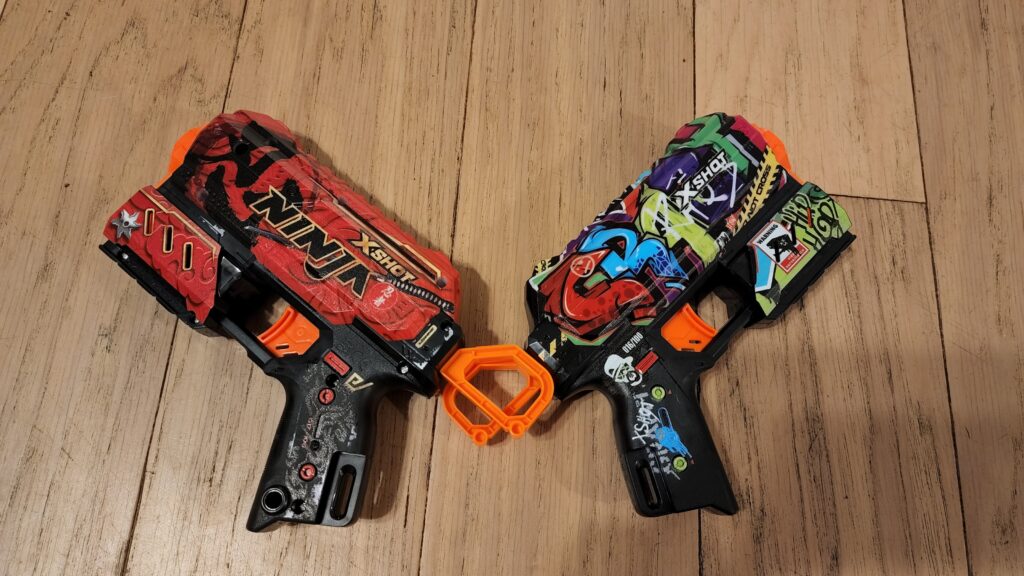 Sound effects aside, blaster operation is simple. Pull back the priming loop, load a dart, aim, and fire. Two ammo slots sit under the barrel for quick reloads. There is a small loop on the handle for clipping the blaster to something, if you like.

As with the Dread, the paint schemes available on the Flux are super detailed and look great. I bought the twin pack from Target, featuring the Ninja and Graffiti skins. Graffiti is my personal favorite of the two, but you do you! 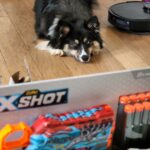 The Flux shot the included darts quite well, averaging 82fps in my testing. Being a single-shot pistol, rate of fire can only be so high. Still, two darts per second is quite doable, and nothing to sneeze at for a blaster of this class.

On the inside, the Flux is quite simple. The dart-launching part is essentially all in a straight line. 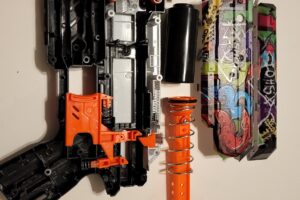 The only real difference between it and, say, a Firestrike, is that extra lever the trigger attaches to. It pushes back on a spring-loaded tooth, mounted within the slide. Once the lever rotates far enough out of the way, the slide snaps forward. Releasing the trigger moves the lever back to the original position, sliding past that tooth on the way.

The Flux is not only a great look, but a great blaster. If you’re needing a sidearm (or just something to plink around with), it fits the bill. And I’m not sure the slide racking sound will ever get old!