I’ve been sitting on this article for a bit, waiting for information and a good way to formulate my opinions. Two recent intellectual property (IP) issues have come to light this summer. In one, Dart Zone has filed to own “Blaster Tag” as a trademark – which seems questionable. In the other, Hasbro (along with Spin Master) is going after essentially all current gel ball blaster brands in the US, after being late to the party. Both are interesting topics to look at, so let’s dive in!

The Search for New News Reveals…

Hobbyists like me regularly peruse trademark and patent office files for sneak peeks at potential new products. In the case of Dart Zone/Prime Time Toys, they tend to file trademark applications for the names of future blasters. Indeed, we have recent filings for the Fortis and Chimera as future dart blasters. We also have filings for Gel Zone, Gel Zone Pro, and two future gel ball blasters (the Hydrax and Storm).

However, there’s an extra name on that list: Blaster Tag. Which is a bit worrying, seeing as lots of community members and clubs have shifted to using that to encompass the hobby in general, not just Nerf.

People in the hobby have tried to steer towards more general terms for describing it; after all, Nerf isn’t the only brand out there, and using “Nerf” to promote events, especially those with modified blasters or entry fees, carries some legal risk (even if small clubs of players would realistically never actually see anything happen because of it). I’ve seen Blaster Tag, Dartsoft, and several other names thrown around, but Blaster Tag seems to be the general consensus.

One factor is the existence of the Blaster Tag Association, a group dedicated to helping grow the competitive side of the hobby. The BTA (with personalities like Jangular driving it) has helped to hold or sponsor several events, and its website also serves as a connection point for various leagues in the US and abroad.

At one point, however, there was a potential conflict over the use of the name, leading Jangular to pursue the possibility of acquiring a trademark for Blaster Tag, with the intent of allowing use of the term by the entire hobby. The basic info on that application is still on the USPTO’s website; while the paperwork was filed in 2018, it was rejected for, among other reasons, being a general description of a service and not unique enough to be a trademark (akin to trying to get “Dog Grooming”, for example). In addition, Blaster Tag was cited as being a term already used in several locations. Including, humorously enough, the Blaster Tag Association website! In any case, efforts to get the trademark were abandoned, and that was the end of the story, right? Wrong. 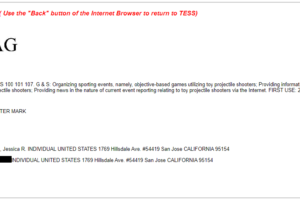 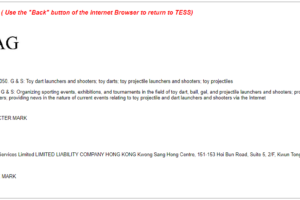 In this same time period, Dart Zone began looking at making more hobby-focused blasters (which were beginning to stand out among blasters in general) and getting good press via influencers, sponsorships, and other means. Crucially, Dart Zone was even a sponsor (donating DZP Mk1s as prizes) for the 5v5 King of the Hill tournament at Ragnarocktoberfest 2019. Brought to you by…the Blaster Tag Association. 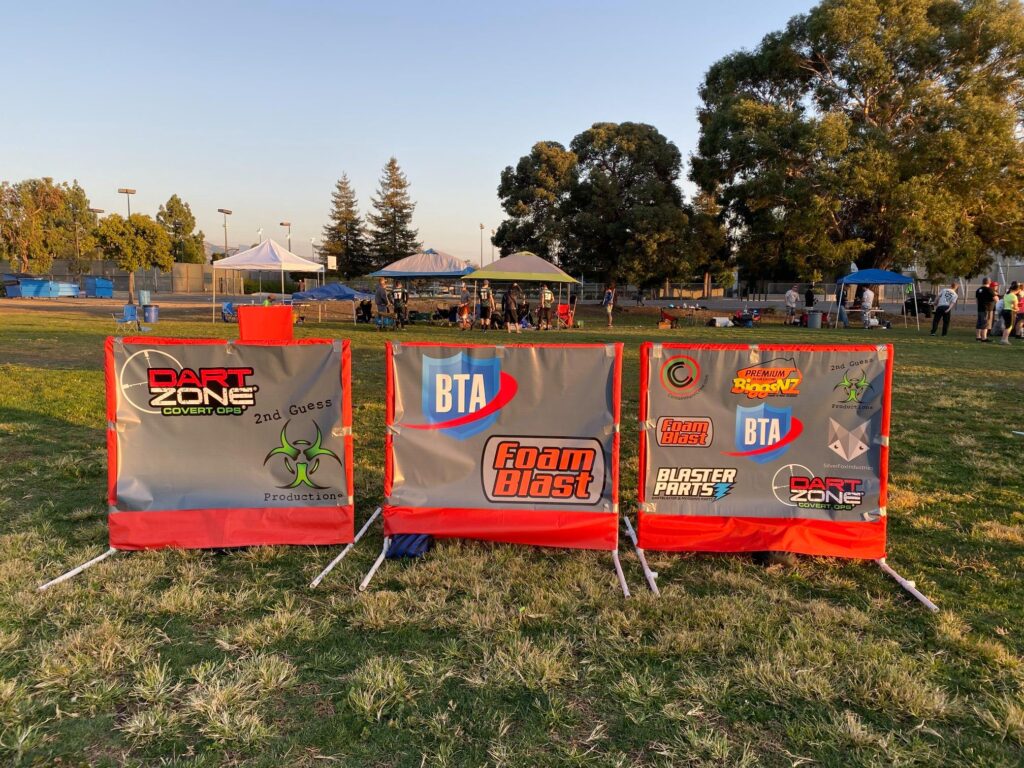 Now, with Dart Zone sponsoring this year’s Foam Pro Tour, it seems that they want to get the Blaster Tag name for their own use. One would expect that application to be rejected as well (see the above screenshots for description similarities) for being too general, as well as already being used by an organization the company should be familiar with. However, hobbyists getting together really don’t have the time/money/resources to appeal decisions, submit responses, and keep paying the lawyers. A large company does. And a company wouldn’t pursue a trademark if they didn’t see a potential for making money off of exclusive use of that trademark.

In any case, I argue that Dart Zone (or anyone for that matter) should not have exclusive use of the term “Blaster Tag”. It’s terminology that much of the community has come to use for both promotion and public relations. Even a company with a good (not perfect, but good) track record of relations with the community should not be able to co-opt it. At the very least, they would need to tread carefully – seeing as much of their publicity comes via the hobby, claiming a name for a small but growing sport would quickly sour that relationship.