We have a bunch of updates to put here! When can we see the Dart Zone Pro Mk3 in Canada (as promised earlier), new things to buy now, and future offerings from Xshot! Let’s just follow the break and jump in, shall we?

END_OF_DOCUMENT_TOKEN_TO_BE_REPLACED

While I was off traveling and playing Humans v Zombies at Grove City College, Hasbro PulseCon 2021 was streaming. I didn’t get to see a lot personally. However, the Nerf segment lined up with the end of my lunch break. So I did get to see the biggest Nerf-related product reveal – the Nerf LMTD Halo Needler! As a functional prop for collectors, it looks pretty neat, and seeing the designers demonstrate the prototype on stage (in all its grey plastic and guts-hanging-out glory) was cool. Read on for the official announcement info and more!

END_OF_DOCUMENT_TOKEN_TO_BE_REPLACED 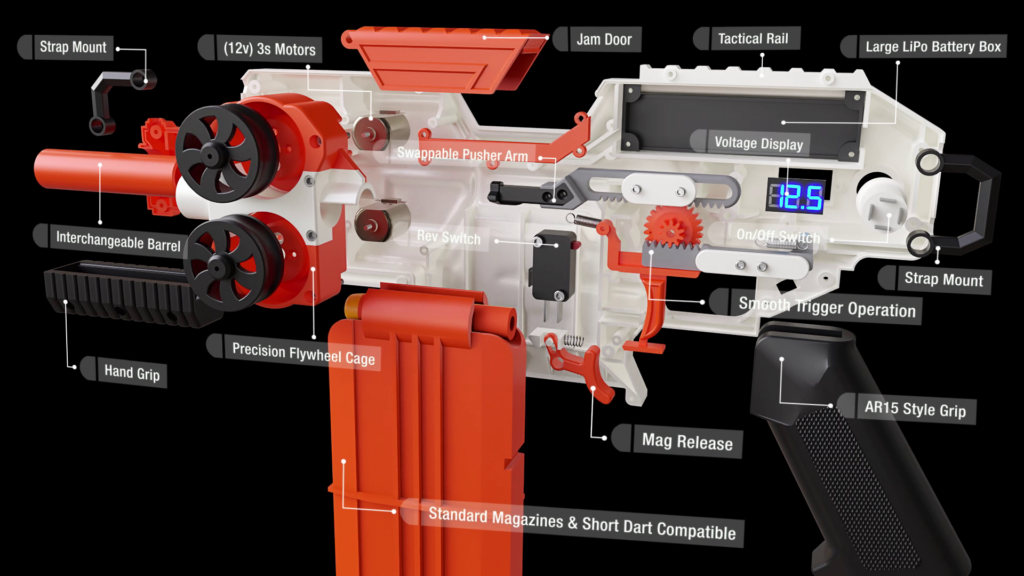 Ah, the joys of Mega magazine-fed blasters. The Centurion sold like hotcakes, but liked to eat darts. Then it took seven years for Hasbro to make another mega blaster with magazines (the Motostryke). Now, a year later, we have another one, courtesy of the Fortnite blaster line. The Heavy SR ends up being a spiritual successor to the Centurion, and in all the right ways. It’s going to be awkward trying to use it in a war, yes. But when you just want a big blaster, shooting big darts out of a magazine, it gets the job done.

END_OF_DOCUMENT_TOKEN_TO_BE_REPLACED

The time is upon us! Given the success last year (and the fact that pandemics are still a thing…over a year later…), Pulsecon is online again this coming weekend! 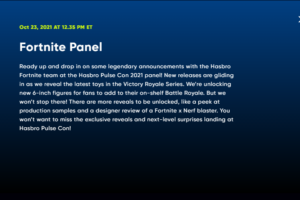 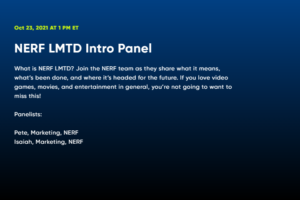 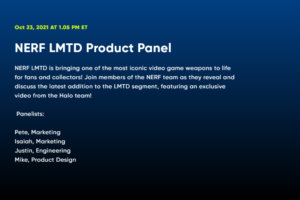 There are several mentions of Nerf, both in the Fortnite Panel and the Nerf LMTD section of the stream. Even so, some surprises could pop up here and there. Check the website for the full schedule, but especially pay attention once it hits 12pm EST on Saturday!

Not every movie tie-in blaster is bad. Some of them are genuinely entertaining. Especially if they drop trying to be serious and just celebrate the thing they’re promoting.

The Mini Puft Popper is one such blaster. Functionally, it’s the underbarrel missile launcher from the Nerf Demolisher. Aesthetically, it’s a launcher for haunted foam marshmallows. And I, for one, am glad I bought one!

END_OF_DOCUMENT_TOKEN_TO_BE_REPLACED

Nerf Gimmicks. They’re usually fun, even if they’re not always useful. However, gimmicks don’t always scale well, as shown with the operating difficulties of the Flip 16. Does the Flip 32 do any better? Yes and no. The flipping does actually work (with a gentle nudge being all that’s needed if it happens to misalign). All the actions are simply fun, from flipping to lever priming to firing two darts at once. There’s also plenty of potential for reloading on the fly in various gametypes. Nevertheless, it’s a somewhat heavy and underperforming blaster. Should you get one? It really depends on what you’re looking to find – and if you’re willing to spend $60 for it!