I keep getting caught up with everything here in New York, and not actually posting! I stopped by a few other booths, and may as well post about them, even if some of the stops were small and short! 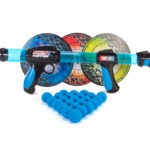 I fell in love with the Unicorn Power Popper last year, and Poppers are still in style. This time, however, there are (at last) inexpensive targets that can be bought separately, as well as included in future packages! They’ve already seen heavy use at the trade shows, and work with both the foam balls the poppers use as well as darts.

Naturally, there will be more flavors of squeeze poppers coming.

Finally, Hog Wild is expanding their outdoor play category, with emphasis on things like trick frisbees, a unique lawn tennis game, and a fun blast-and-catch game called Pop And Pass! 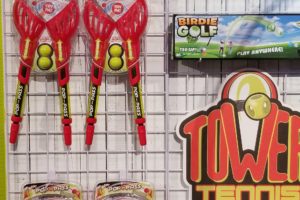 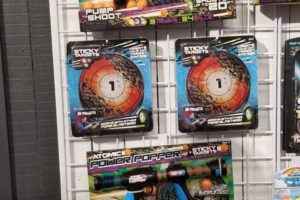 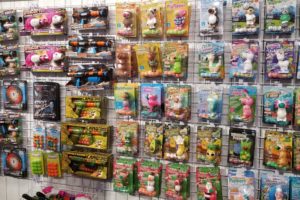 As many of you saw in previous coverage from Nuremberg Toy Fair, D-Dart is expanding their line for faster and more varied offerings. I think IAmBobololo and Vlad show it best, however.

Bunkr Teams Up with Nerf 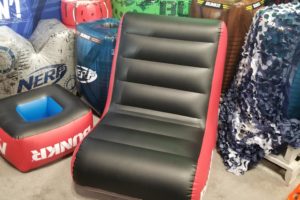 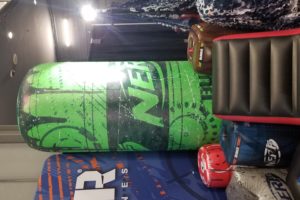 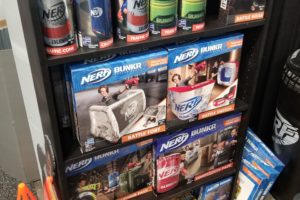 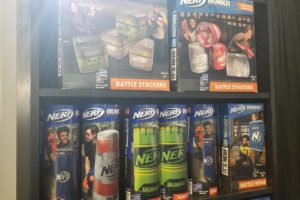 Remember all those inflatable bunkers that appeared in stores, advertising the National Blaster League? They’re still around, but more importantly, they’ve got the big partnership. Playview Brands had lots of the new items on display. They still include bases you can fill with water to allow outside use (so they don’t fly with the wind). Many now have ammo holders at the top, or ridges for laying down your blaster and aiming while behind cover. There are even prototypes like an inflatable game chair/barrier, and a tube + mesh two person fort you can position to shoot over or under.

There are also plush “grenades” you can throw, and which could be a fun addition for HvZ games once a few things are changed. It’s also funny finding out how many people have asked about getting the huge inflatables that were made specifically for this display. Who knows! If the interest is really there, they might happen!

Expect to see more of these guys at events like Jared’s Epic Nerf Battle. Also expect Season 2 of the National Blaster League to happen – it’s still in the works, but the behind-the-scenes calculus has changed a bit now that the Nerf branding is in play.

This is a brand I’m guilty of not keeping up with; I had plenty of Faux Bows when they originally came out, and modded plenty of them for Nerf wars, but didn’t keep up with the updates. At this point, we’re up to version 4.0! Still uses the large toy arrows, but now comes in cool “mineral” deco themes, with fun packaging for the pleasure of unboxing. Still the same large internals with lots of power, but with some shock absorption in front of the massive plunger. It also has silicone pieces externally for comfort, and the return of a “roller” on the plunger handle for easier, more accurate use.

There are also the more serious products like the Faux Bow Pro, boasting 200′ ranges, and their “REAL” bow, which shoots especially hard. That last one isn’t exactly a toy ($100 for a large bow and 12 plastic tubular arrows), but it’s a thrill to shoot! I’ll just insert a relevant Instagram post here so you know what I’m talking about (from a trade show they attended prior to Toy Fair).

Had an excellent time at the @archerytrade_ this week! Have to congratulate my friend @markysparkytoys on the sincerely well deserved best in show award for what is certainly the longest ranged foam flinger in our space. His social is full of cool inventions and smiling faces and well worth a follow while you’re at it. #DracNerf #MakeStuff #GoldStandard #ATA2020 #MarkySparky #FauxBow