Here we are at day two, after spending the morning hanging out with Buzz Bee Toys! Let’s jump right in!

Back at the Range 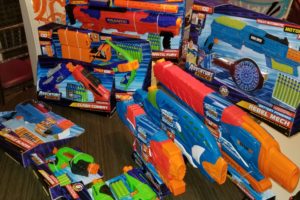 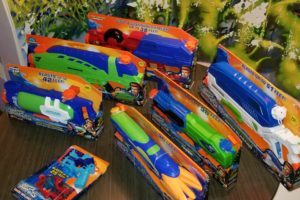 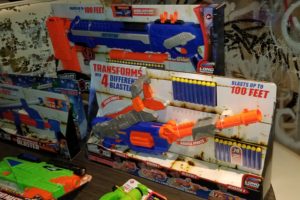 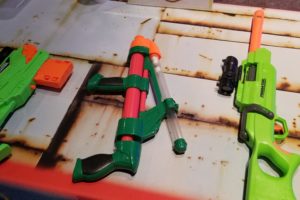 As with last year, Buzz Bee Toys did their presentation at Yotel New York, with tables full of blasters and darts to try. Also, marshmallows. After a bit of a hiatus, the Mini Marshmallow Blaster returns to shelves, both with regular and holiday packaging! However, in terms of new items, there are some notable things to mention, especially for Adventure Force.

First, we have the Adventure Force Rebel Mech, retailing at $25. It’s powered by 4 AA batteries, comes with the 30-dart drum, and fires around 2.5 darts per second. Sadly, there wasn’t a sample on hand, just the box art – the sample is still sitting in China due to the recent quarantine efforts for coronavirus! But all this for $25 looks promising for later in the year at Walmart!

There’s also a small, chain-fed pistol called the Battle Blazer ($10) and a tiny four-shot blaster called the Springfire ($5). The Battle Blazer actually has a somewhat large handle, and is comfortable to use! It has a twelve dart chain, a slide prime, and a door for chain removal. Meanwhile, the Springfire is tiny, has a manual turret, but has a surprisingly large plunger tube, 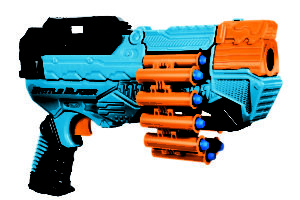 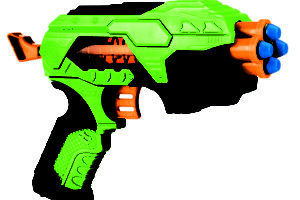 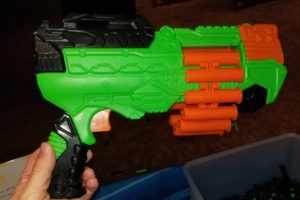 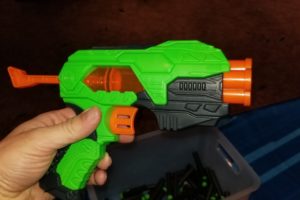 Meanwhile, a few other blasters like the Double Fire and Slingshot have already appeared on shelves, due to retailers wanting them early. They’re both fun to use, but clearly aimed towards interactive play with kids, rather than dumping tons of darts downrange.

While they obviously weren’t there for testing, all of the current water blasters were also on hand, both through Water Warriors branding and Adventure Force. 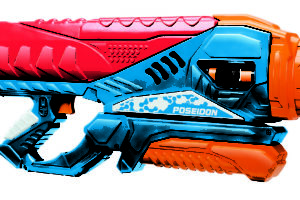 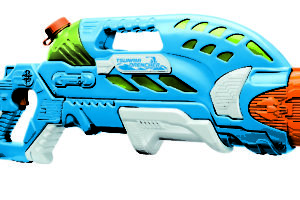 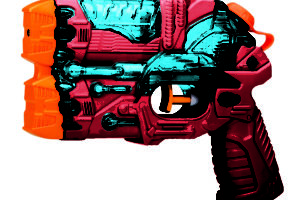 At last, there are a few blasters returning under different branding, as soon as various exclusivity deals run out. Things like the Max Morpher/Metamorph, that were just Adventure Force, can now appear at other retailers, etc. As well as a few items in new colors and combo packs! It will all just depend on which retailers want which items on their shelves.

Finally, I’d be failing at my report if I didn’t mention the new darts. Long Distance darts have been the mainstay for most of the recent Buzz Bee offerings, but they’re light and inaccurate; outside of very close range, you’re unlikely to hit the target, even if they can cover the distance. The newer darts are a bit heavier in front and should perform better. Not as well as Precise Pro darts, mind you. But after firing more than a few, I can confirm they’re an improvement. They should begin their appearance with the various Buzz Bee offerings at Target later this year.