If you remember reading in May, ‘BuffdaddyNerf’ found multiple Target DPCI numbers for upcoming Nerf products. Out of the many DPCI codes included an exclusive line of blasters known as Phantom Corps. More than a month later, the Phantom Corps blasters have been spotted at Target!

END_OF_DOCUMENT_TOKEN_TO_BE_REPLACED 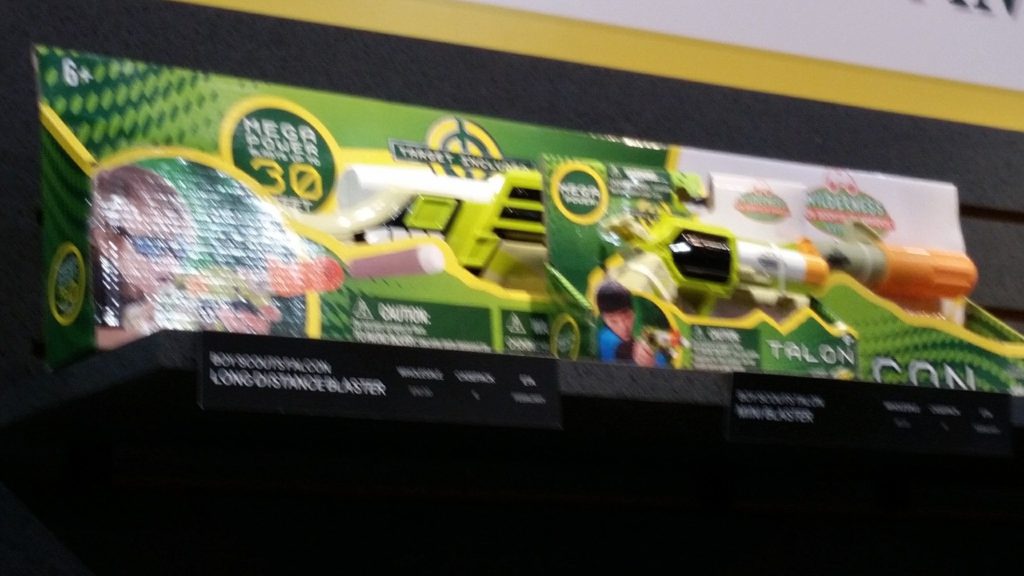 Not all blasters can be winners. Take, for instance, the Talon. It has several things going for it. A unique color scheme, official Boy Scouts of America branding, and a rather cartoonish take on “real steel” for its shell. What it lacks is the MEGA POWER it claims on the box. Needless to say, if you don’t care about the Boy Scout branding, there’s not much reason to buy this blaster.

I should note that I saw this blaster at Toy Fair 2017, where it was featured in the Kid Galaxy booth. It didn’t improve between then and now.

END_OF_DOCUMENT_TOKEN_TO_BE_REPLACED

Here we are, a month away from the official release of Nerf’s fall lineup. Many new blasters have appeared, but none with quite so much hype as the Nemesis. Perhaps the ultimate evolution of the Rival line, it meshes the foam blaster and paintball worlds together in a full-auto, hopper fed package. The Nemesis also demands a hefty price tag of $99 here in the United States. Luckily, it’s worth every cent.

END_OF_DOCUMENT_TOKEN_TO_BE_REPLACED

UPDATE: More images of the Captain Phasma blaster have emerged! Scroll down to see more images.

Wow! Another day of leaked Nerf News. This time we’ll be looking at a new Star Wars Nerf blaster from The Force Awakens. A baidu user, known as ‘longtuoai’, has posted several pictures of an unreleased Nerf Glowstrike Captain Phasma blaster. From the box we can see that the blaster features the following:

END_OF_DOCUMENT_TOKEN_TO_BE_REPLACED 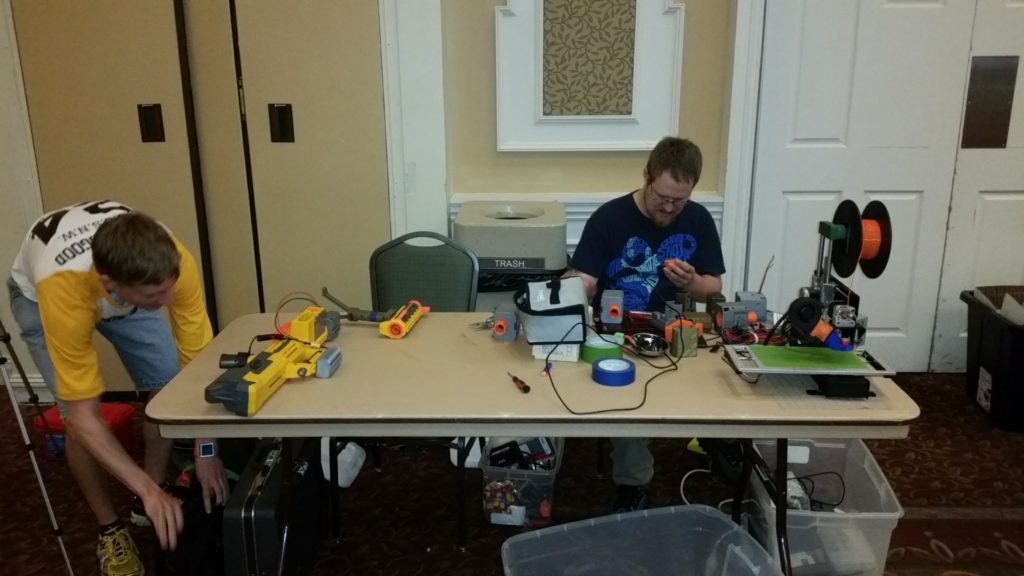 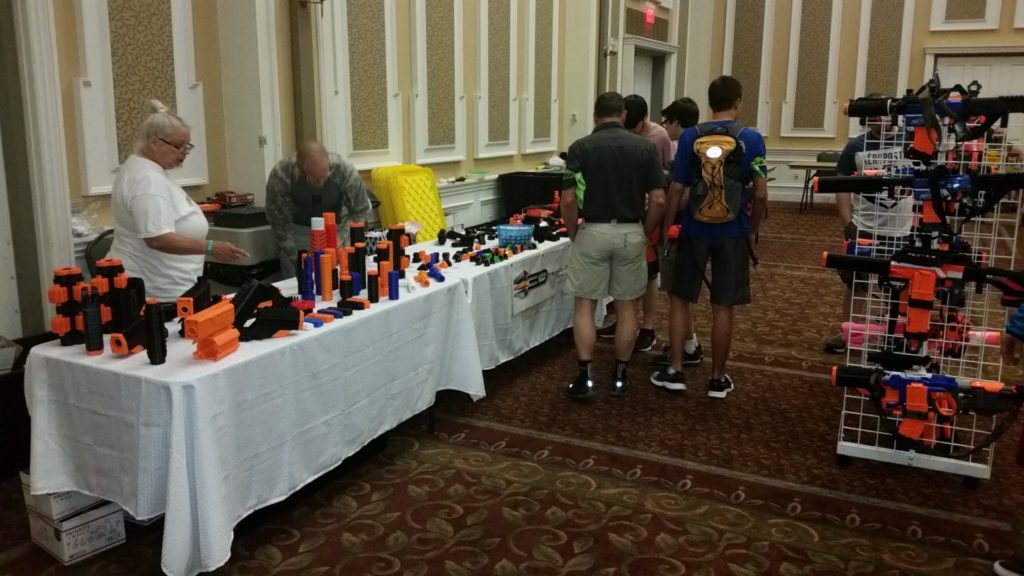 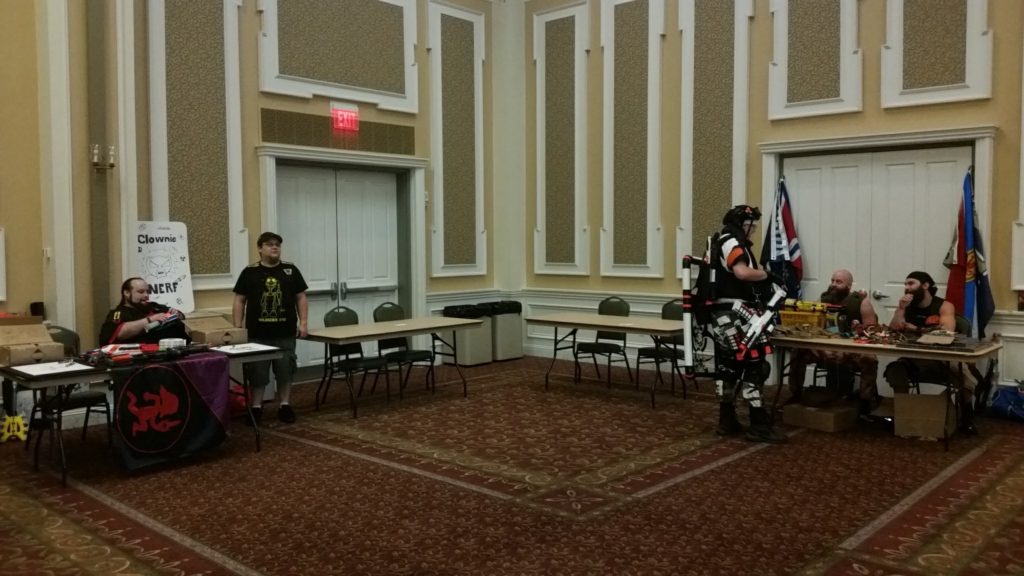 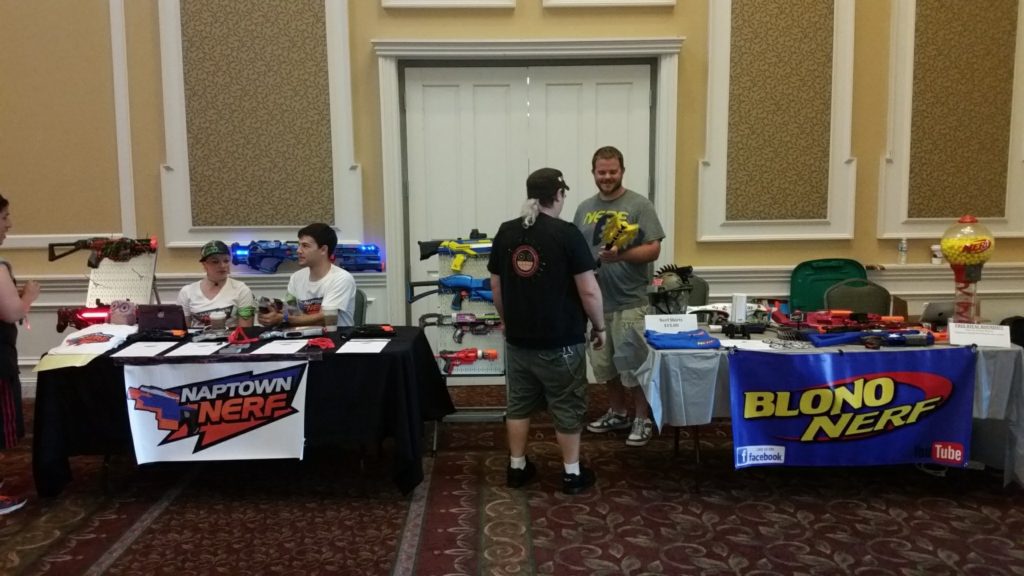 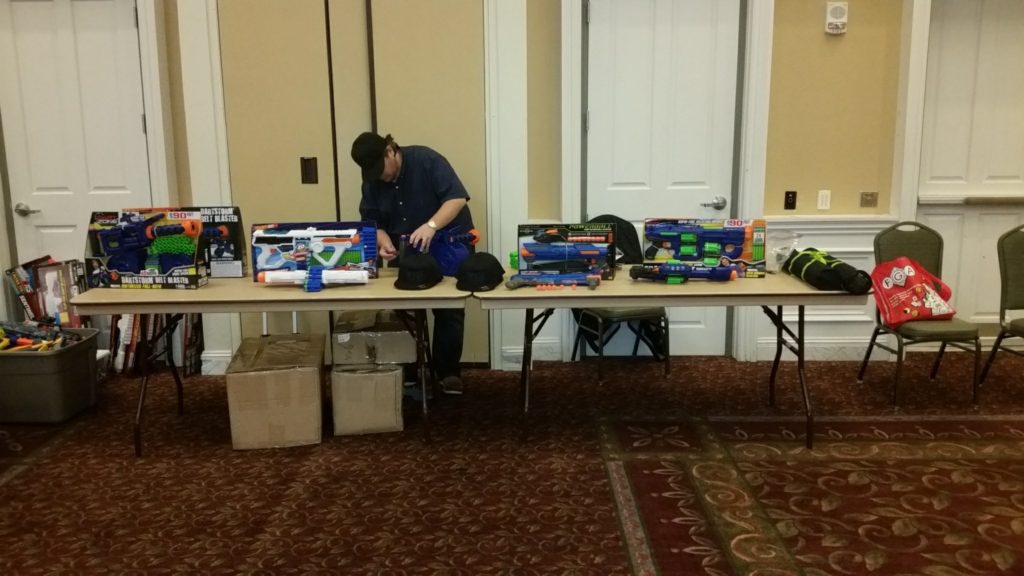 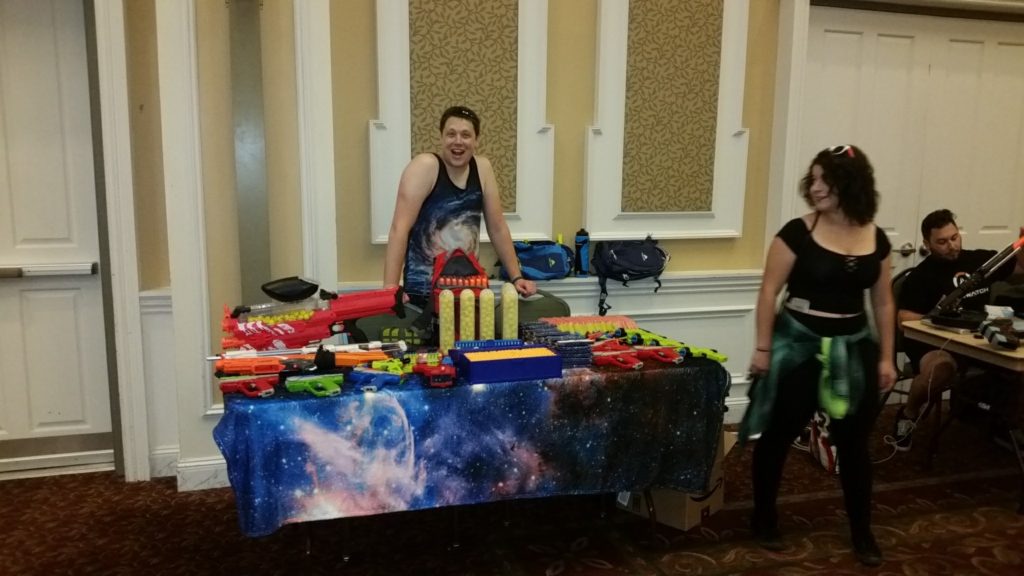 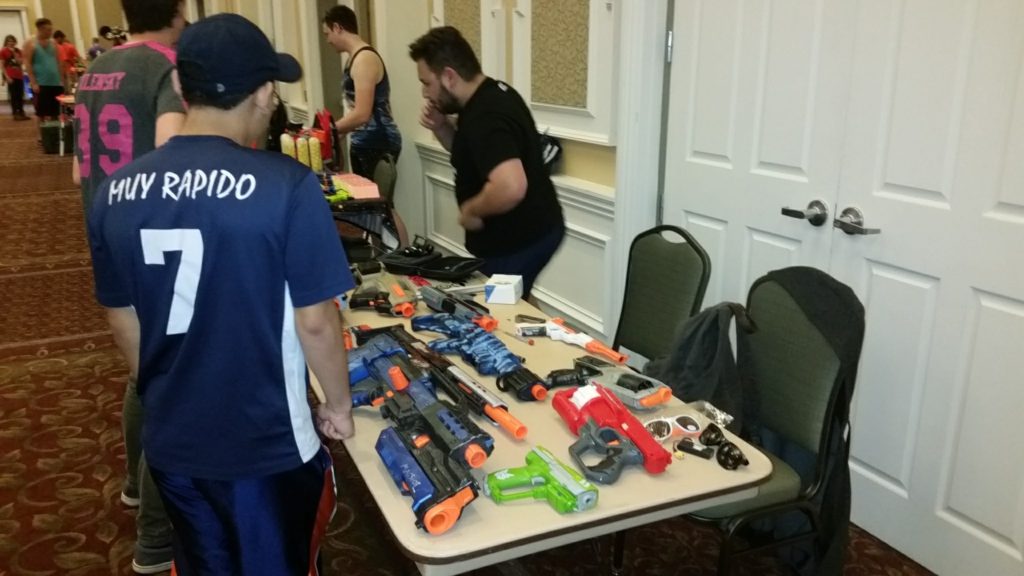 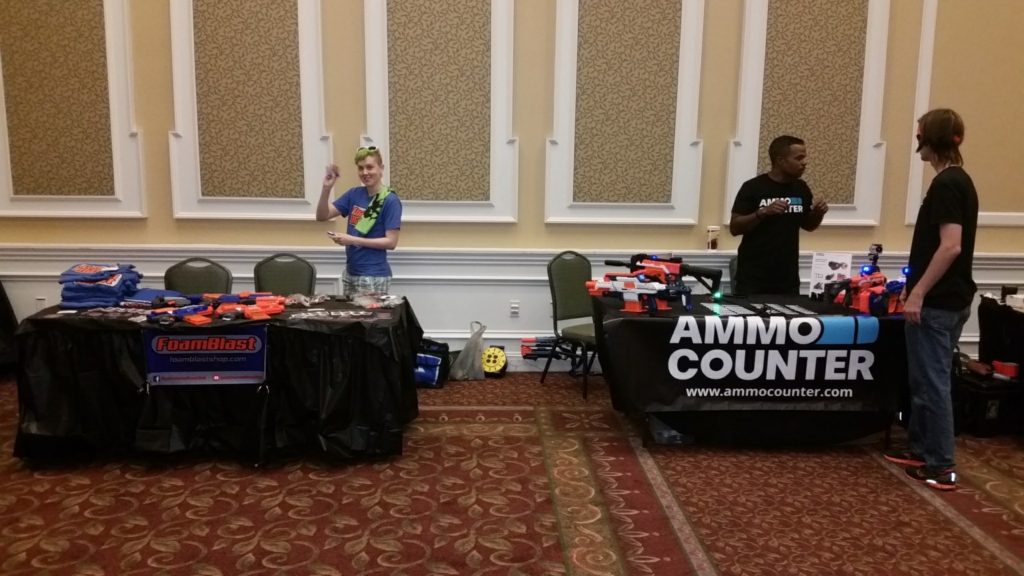 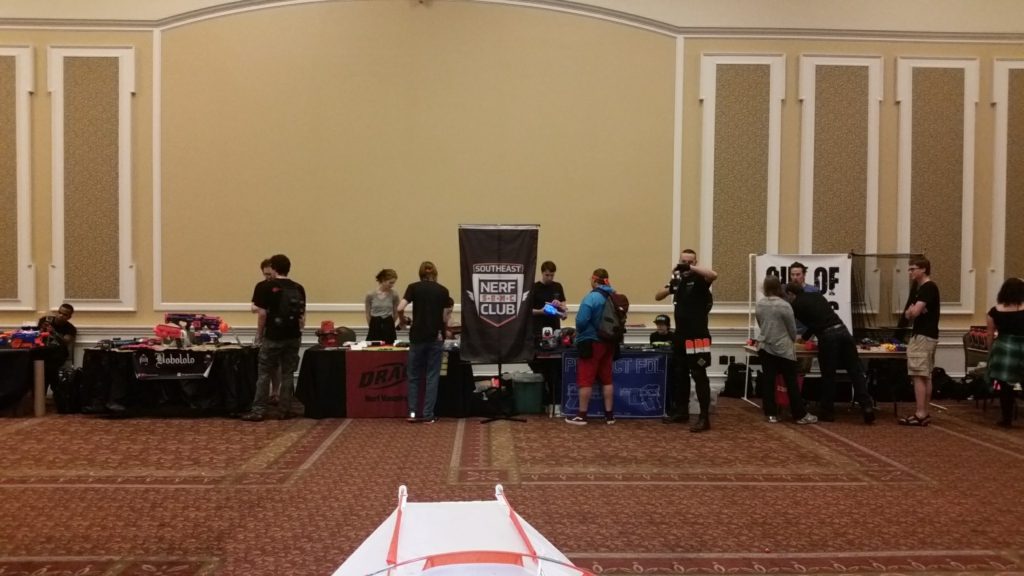 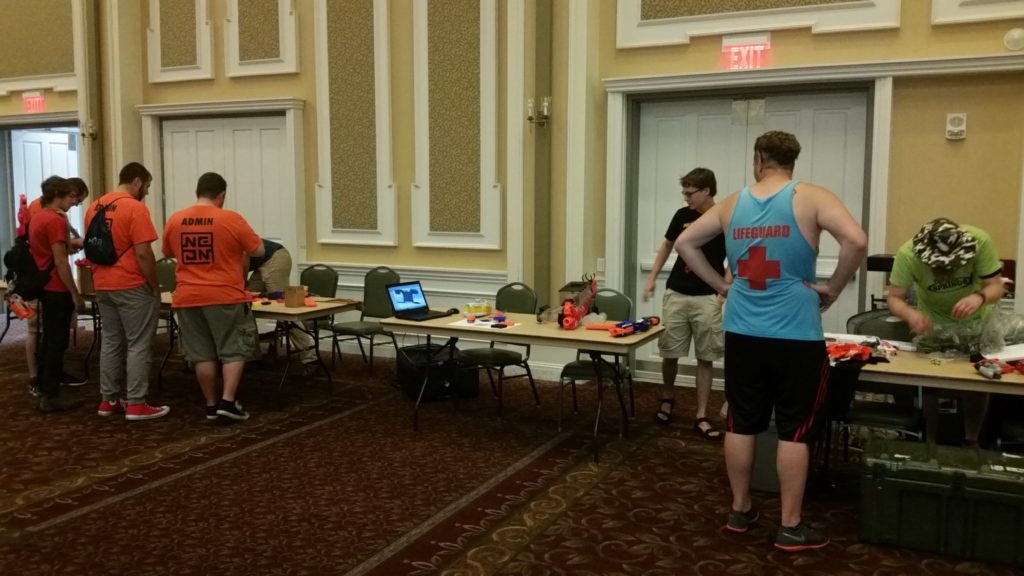 This is one of those strange posts where we tell you to watch other people’s content. Which is perfectly ok, because they have cool new info for everyone to see!

Prime Time Toys has lots of new blasters due out this summer, including the Dart Zone BallistixOps Powerball. It’s a Target exclusive, featuring an eight ball hopper that is fully compatible with Rival rounds. Pump action springer, claims of comparable ranges, and for $17.99. See Foam From Above’s Video for more.

On the dart firing side of things, Coop772 has his hands on the QuattroBlast, Light Command, and Dart Storm. The former is a direct competitor to the Doominator, but for $19.99. The other two are belt-fed flywheel blasters, each with their own features and gimmicks. All, however, have much higher stock firing speeds than current Nerf Elite blasters. See his video review of all three here.

We have more updates coming in the future. Stay tuned!