Originally, I was going to do a top five list, like one of those other Youtubers. Maybe even Top Ten. However…there were a lot of great blasters this year. So I’m just going to list my favorites in each main category; I’ll let you decide what you might like to grab this season. If there’s a reasonable substitute, I’ll try to link that as well. After all, some readers may be more concerned about one particular aspect (performance, price, etc) than others. And there are always some fun oddballs that don’t fit neatly into these broad categories, so read through to the end! 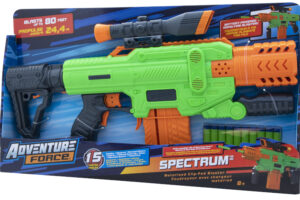 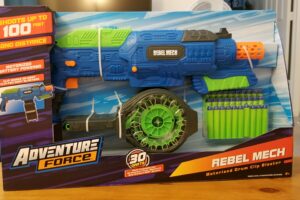 Honestly, these two blasters are so close in value that it’s hard to choose one or the other. The Adventure Force Spectrum does perform somewhat better, but it also is online only, and likes to sell out quickly. Meanwhile, the Adventure Force Rebel Mech is both on shelves and comes with high capacity in the form of a great 30-round drum. Either way, of course, it means Walmart wins. They’ve been doing rather well in their choices of blasters to go in the Adventure Force line.

Suffice it to say, if your plan is to modify either of these, the differences largely become aesthetic, with the on-off switch placement for the flywheel motors and attachment compatibility being the main sticking points.

If you’re willing to spend a bit more money, however, the Nerf Halo MA40 is a great buy, especially if you’re a video game enthusiast. It may be essentially the newest Nerf Rayven, but it looks, feels, and performs quite well.

Forty dart drums and great stock performance is hard to beat, but when it’s only $20 and has things like stock attachments and the ability to swap drums…it takes the cake.

Even so, there are other worthy alternatives to consider. If you’re sticking with Adventure Force, the Sportsman is a unique offering as a hopper-fed springer. Dart Zone also has the new edition of the Superdrum at Target, if you prefer a giant revolver. In addition, “miniguns” will always have some appeal, especially for younger kids. In that case, you can’t go wrong with the Xshot Crusher. Since you can buy extra chains on Amazon, you can be as silly as you like with it! Extended capacity is always great, even if you have to clean up more darts afterwards.

Honestly, this year was somewhat underwhelming in the ball blaster category. Xshot did gold repaints. Dart Zone got online-only blasters like the Liberator in-stores. Nerf did have new blasters, but not many, and nothing nearly as outstanding as the Perses, Nemesis, Hades, etc. from years before. Granted, you have to start over with a refresh after you “max out” the blaster development, but it does result in some disappointing years for people like me.

Even so, the Saturn has a fun form factor, going with the “Skeet Shooting” motif as part of the target-oriented Edge Series.

This was a really hard choice. For obvious reasons, the Adventure Force Nexus Pro gets a lot of love. $50 gets a solid blaster capable of up to 150fps (or higher, depending on the individual blaster), with some mod potential and plenty of 3d printed accessories already available from the enthusiast community. The fact that it takes full-length and half-length darts, as well as both Talon and Katana-type magazines, makes it an even more universal blaster, especially for newcomers 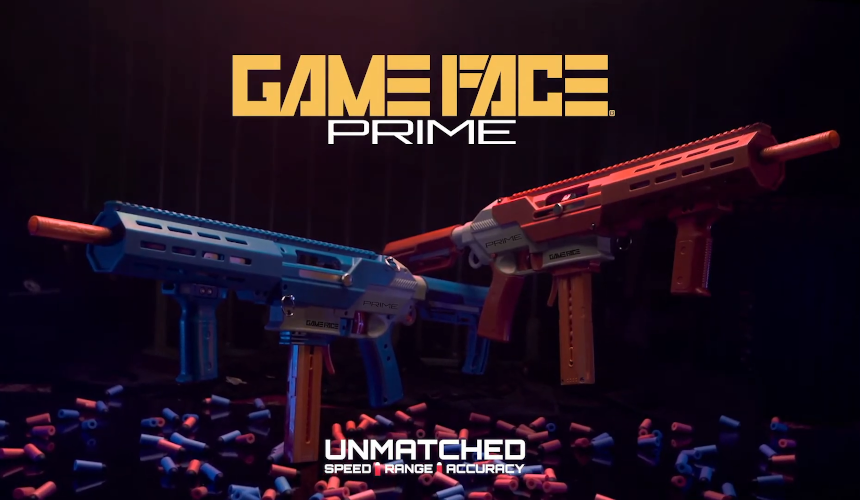 That being said…I can’t leave the Gameface Prime out of this either. Mainly, it’s due to personal preference, but of the few wars that I’ve been able to attend, the Prime felt better in hand, and was capable of similar performance using the same darts as the Nexus Pro. In addition, being a Ceda platform, there’s simply more options for modifying the blaster, be it replacement springs, breeches, plunger systems, etc. Sure, it only takes half-length darts, but most people firing darts this fast only use those anyway. It also is made for Katana mags only…but that can change with an inexpensive Talon adapter, if you so choose.

It may be third place, but the Dart Zone Pro Mk1.1 isn’t that far behind these two options. It’s also an amazing platform; it may be much more expensive, but it’s also a more solid build, with plenty of great qualities. Even so, if your goal is maximizing your gift-giving, it might mean not getting something else on the list.

It’s the newest thing on the block, and it likes to go in and out of stock, but the Dart Zone Pro has been nothing but pleasing to me. It’s a tad expensive, but between the comfort, performance, usability, and the unique speedloaders that extend combat viability, it’s a really nice blaster to have when forced to drop your primary – or when you just want to run light. However, if you’re looking for a cheaper (if larger) option, the Adventure Force Aeon Pro is also a great choice, at only $25. Granted, it could also be a primary, but we’ll throw it in this category. 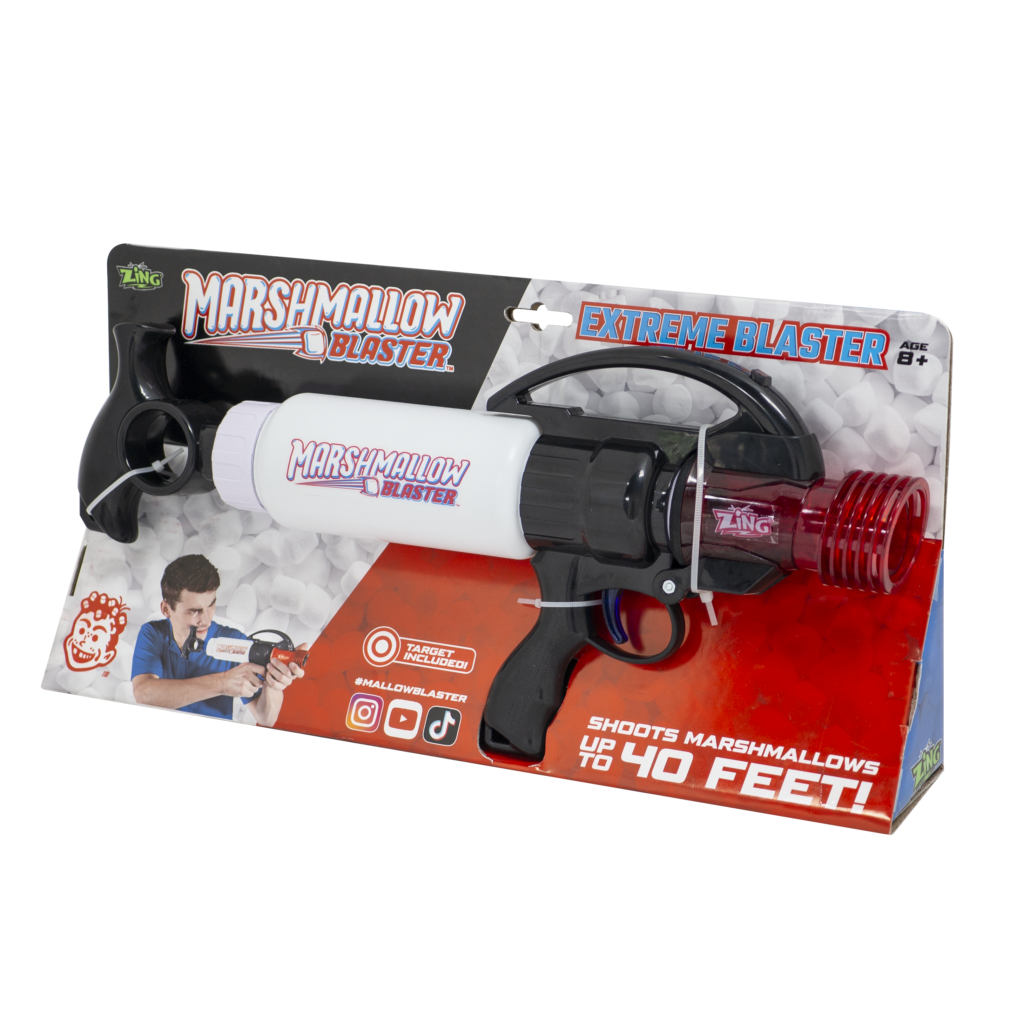 Strangely, I haven’t been able to review this yet (it’s half written, but keeps getting delayed). But Marshmallow Blasters are always fun, especially the air powered ones that the “pros” can modify to shoot darts and other things at large ranges or in large quantities.

There are always going to be other fun blasters out there, if you’re willing to let performance fly out the window. Just keep your mind open! Perhaps that Hog Wild popper on the shelf is worth grabbing for some entertainment.